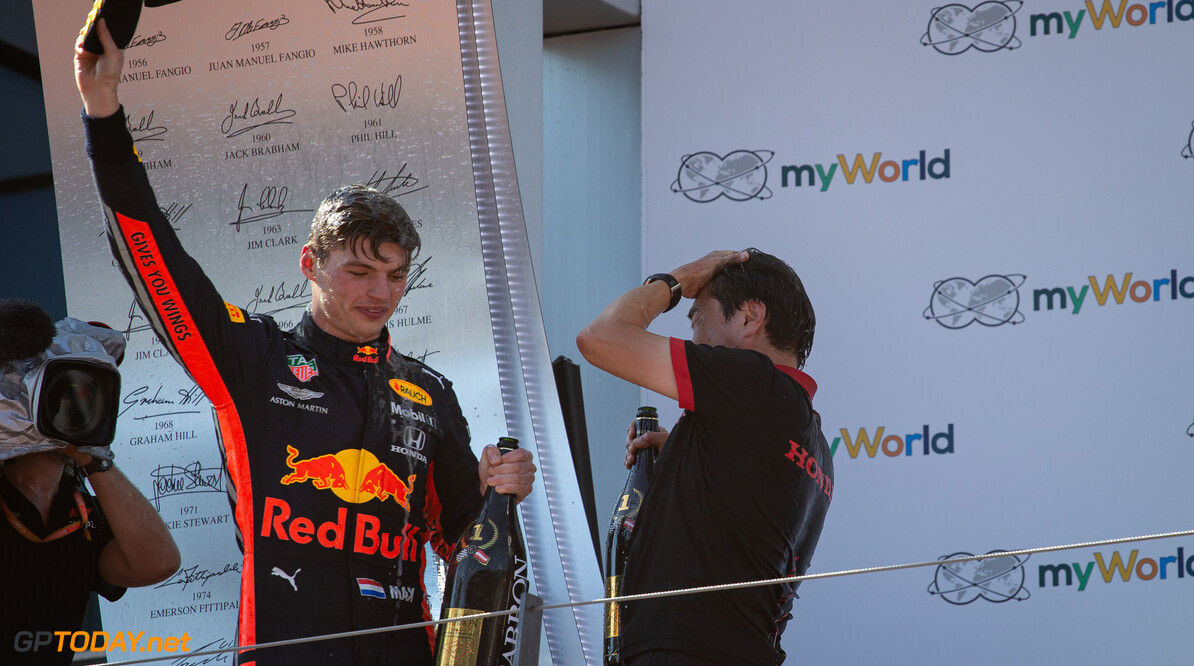 In 2019, Red Bull joined forces with Honda who spent the 2018 campaign in partnership with Red Bull's junior team Toro Rosso.

Verstappen won three races throughout the year on his way to finishing third in the drivers' championship, his highest ever result in F1.

MORE: Horner not expecting major driver market movement before 2021 | Verstappen: 60% of F1 field would win the championship in a Mercedes

Honda's most successful driver Senna took 32 grand prix wins in cars powered by it, with Yamamoto admitting he sees a young Senna in Verstappen.

"He's young, but his driving is really impressive," Yamamoto told Autosport. "It looks like seeing a young Senna, with his relationship with Honda.

"Max maybe pays respect to Honda. He feels Honda is familiar. And then probably the badge he showed on the podium in Austria proved that he was very happy as well.

"This gives us an emotion that we want to provide a good engine for him. Of course, all the four drivers are very important for us."

Yamamoto added that Verstappen has become an important part of Honda, with the Dutchman showing an open desire to see the manufacturer improve.

"The passion we showed towards winning made the relationship stronger with him," said Yamamoto.

"He also has been to the F1 R&D centre and our mass production site. There's many, many people [working at Honda] and he has actually seen it.

"He went through a tunnel of people getting high fives, like one kilometre long! That kind of thing maybe gave him a stronger impression about Honda, and a stronger commitment to Honda."