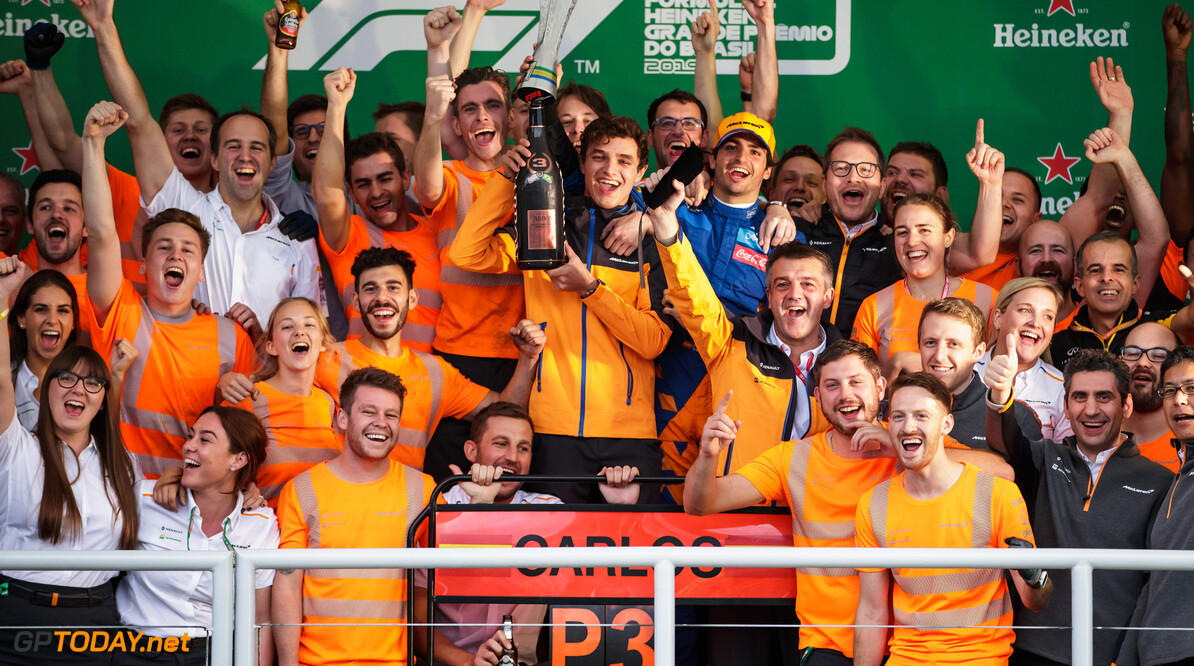 Lando Norris says McLaren benefitted from not overhyping the 2019 Formula 1 season before it had begun.

McLaren enjoyed a strong campaign in 2019, ending the year fourth place in the constructors' standings - its best result since 2012.

Prior to 2019, McLaren spent a handful of years towards the back of the F1 field, three of which were spent with Honda as its power unit supplier.

After its switch to Renault in 2018, its woes continued and it ended the year with one of the slowest cars in the field. For the 2019 season, McLaren brought in Norris and Carlos Sainz in a completely revamped line-up, which Norris believes was also beneficial to the team.

"I think one of the biggest things that changed was having a fresh start," Norris said. "Two new drivers, new people within the team, new management with Andreas [Seidl] coming in.

"[There were] a lot of changes within the team which refreshed everything but at the same time, because the last years have been so bad, I don't think coming into this year, for a good reason we didn't overhype things as in previous years."

McLaren spent much of the second half of 2018 focusing on the 2019 car, which left the team excited as to how it would perform

Norris added that the environment within the team eased over the year, which helped it settle into a rhythm and pick up strong results, including a podium finish in Brazil.

"Coming to Abu Dhabi [in 2018], everyone was excited about how McLaren was going to do next year because as a team we [before] said too many things which were making people overly confident," Norris said.

"We didn't do that, which was a good thing. People worked hard over the winter and with that, we started testing.

"We weren't super happy with how testing went, but as the race weekends went on, the environment and everything started to come together more and more.