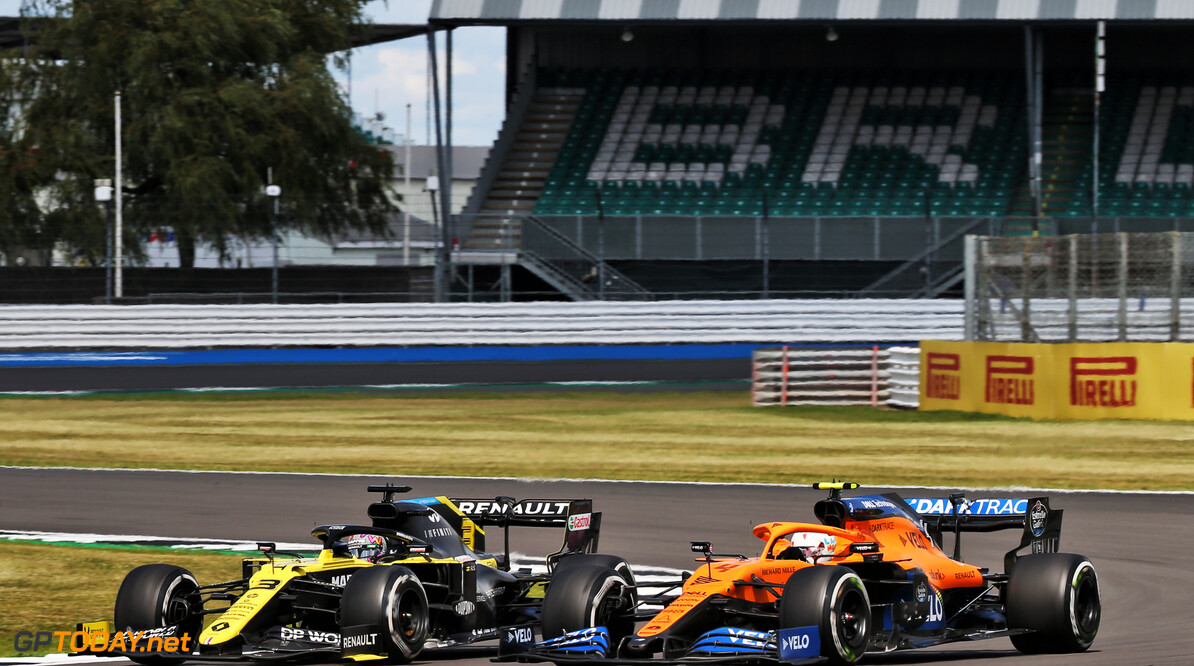 Lando Norris has spoken about the difficulty of managing the current specification of Pirelli tyres, stating that drivers are unable to push as hard as they would like on the opening lap of races over fears of graining.

Pirelli's F1 tyre has changed in recent years and teams and drivers have put a major emphasis on tyre management in order to get to the end of the race with as little pit stops as possible.

Since 2017, one-stop races have been much more common as Pirelli was instructed to design a more durable tyre that would be introduced alongside revised aerodynamic regulations.

But Norris says that maintaining the tyre throughout the race is still a big challenge, and drivers are unable to push hard on the opening lap to gain positions as they risk destroying the performance of the tyre in the following laps.

“Even on lap one, you can't push as much as you want,” Norris told Sky F1. “You can't just push into understeer. As soon as you feel understeer you just back out of it.

“If you use the understeer on lap one you grain the front tyre and on lap four, lap five, it's game over. You're just in this bad position where you can't race as much as you want.

“You end up having problems like a lot of people had today where the front tyre just pops off. Silverstone and the front-left tyre are not friends, never have been.

“But nowadays in Formula 1, with the loads that we put into that front left, it just makes for tough races.”

Norris crossed the finish line at his home race in fourth place, losing out to soon-to-be teammate Daniel Ricciardo in the final laps of the race.

However, he gained one spot back when teammate Sainz was forced to pit with a puncture. Norris says he was stuck behind Sainz for much of the race after making a mistake on the opening lap.

“It could have gone slightly [better]. Things can't always be perfect, but I don't think it was a bad race from us,” Norris commented. “I made the mistake on lap one, locking the front left.

“I kind of misjudged how much of a lack of downforce I was going to have into Turn 6 so that was on me. Only Carlos got past so that was lucky, but that was a kind of caveat until the end of the race and Daniel getting past.

“I think I had better pace than Carlos did, but I was just stuck two seconds behind and I'm destroying the front left tyre. It was game over for me because of that position I was in.

“I'm happy with P5, I'm not taking that away. But as a team, we could have achieved better today.”