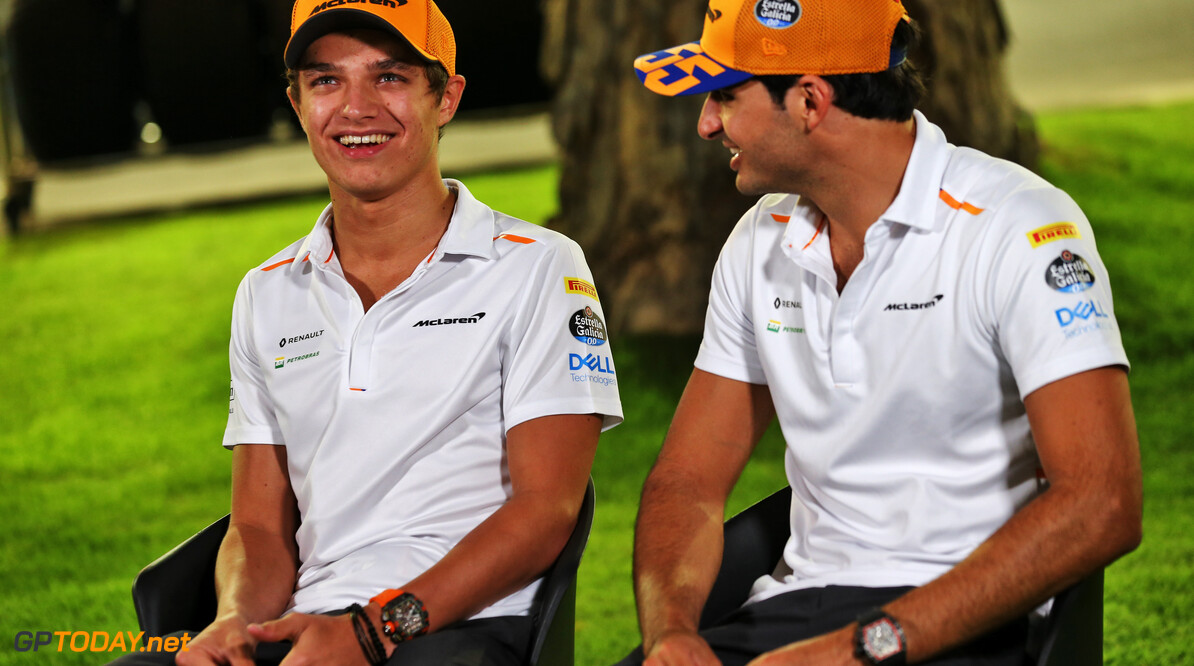 McLaren team principal Andreas Seidl has said the qualifying performances between Carlos Sainz and Lando Norris this year is enough to show that there are two top drivers within the team.

Both Sainz and Norris were tied at 10-10 in the McLaren qualifying battle coming into the season finale in Abu Dhabi, with rookie Norris just pipping Sainz by qualifying ahead of him for the final race of the year.

“For Carlos, we have to keep in mind we had races where we lost good points with him in technical issues, and the result of qualifying 11-10, which is great for me to see, it simply confirms we have two top quick drivers,” Seidl said.

“What Carlos has done the last races and also [in Abu Dhabi] just confirms that he’s the right guy for us also in the future.”

Sainz managed to secure sixth in the driver's championship in 2019, taking eight top-six finishes and McLaren's first podium at the Brazilian Grand Prix since the 2014 season opener in Melbourne.

McLaren also became the first team to announce its driver line-up for 2020, confirming that both Sainz and Norris would stay with the team prior to July's British Grand Prix.

Seidl was also very impressed by Norris, who he believed performed exceptionally well in his rookie F1  season.

Seidl believes his talent was clear to see from the very first round in Melbourne back in March, where the British driver got into Q3 in what was his very first F1 qualifying session.

“For Lando as a rookie, it is clear to see that he was simply building it up over the course of the season," Seidl added.

"He was quick straight out of the box in Melbourne, he went into his first-ever qualifying and ended up in Q3, which proved it was the right choice to go for him and what a talent he is.”