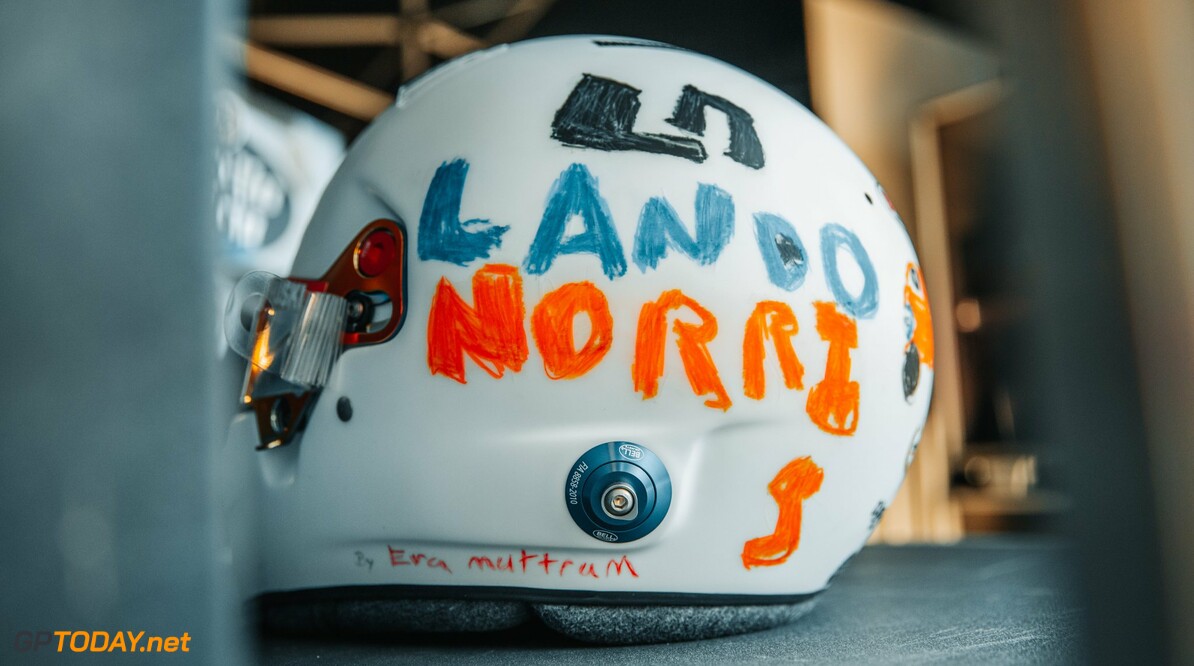 Lando Norris has unveiled a new helmet design that he will use for this weekend's British Grand Prix.

A number of weeks ago, Norris opened a competition for fans to send in their designs, which would see him choose his favourite to feature throughout the weekend at his home race.

The winning entry was sketched by a six-year-old fan named Eva, with Norris stating that the design reminded him of when he would draft random helmet liveries as a child.

Norris unwrapped the new helmet during a short live stream on Twitch ahead of this weekend's action at Silverstone.

“This is from Eva,” Norris said. “Eva is six years old, her dad sent in her design. It just reminds me a lot of when I was younger, scribbling away and coming up with cool things. It's very original, there's none of this design stuff trying to make it look all glitz and glamoury.

“I love it. There's a lot of white but at the same time, I think it's really cute. I like the colours and it's very original. I'm going to be wearing it all weekend, wet or dry.

“Thanks to everyone else who sent in their designs as well. Hopefully, in some other races, we can do some more of this and more competitions.”

Norris added that he is hopeful of doing a full F1 season in the future wearing helmets only designed by fans.

The McLaren driver currently sits fourth in the driver standings after the opening three rounds of the 2020 campaign. At the season-opening race in Austria, Norris claimed his maiden podium finish.

My helmet design for this weekend! THANK YOU EVA! Eva’s 6 and she created this for my design competition and it just reminded me a lot of when I was younger scribbling away coming up with some cool things, it’s just super original. Thanks for taking your time design it Eva ✊ pic.twitter.com/YAZoeJ1nqR