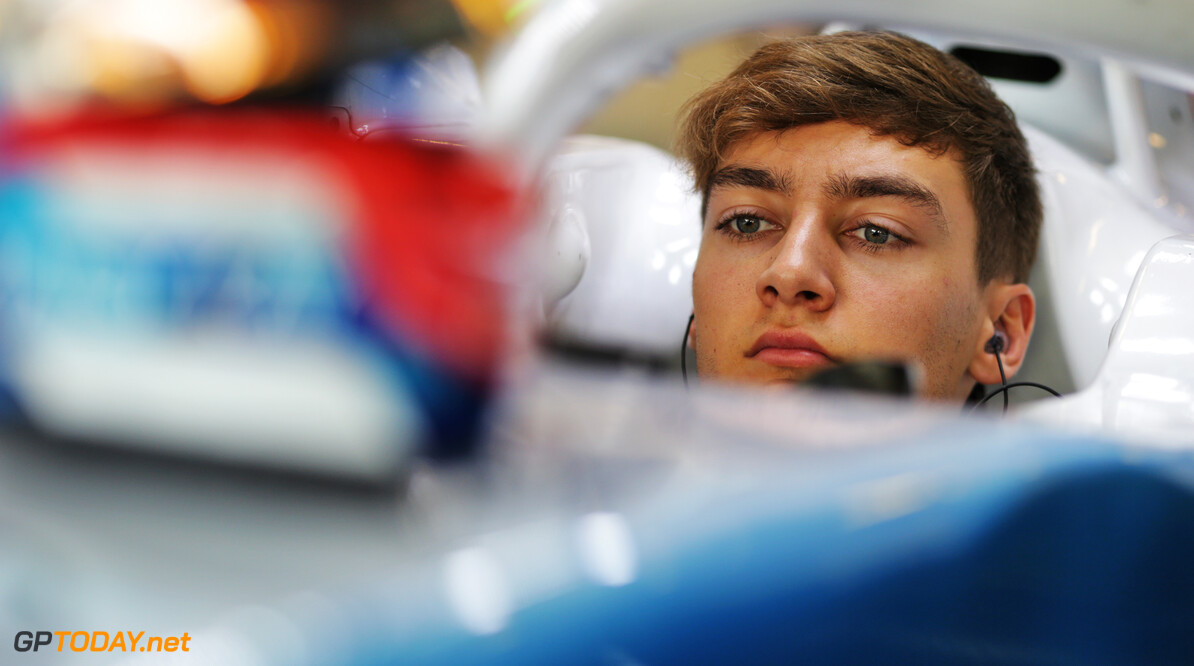 George Russell has declared that he is fit to take part in the remainder of the weekend, but has not specified what it is that has him feeling under the weather.

It emerged on Friday in Abu Dhabi that Russell was not feeling well, leaving Williams to monitor his situation and seek out a potential replacement.

It is understood that Esteban Ocon went through a seat fitting with the team as part of his ties with Mercedes that will come to an end in the coming days.

Russell has stated that he is still not feeling completely right, but is happy to take part in the rest of the weekend.

"I feel alright, not 100%. But that's all," Russel said. "When the time is right I'll explain what's going on, it's a bit of an odd situation. But I'm good to drive for the rest of the weekend.

"Like I said, it will all make sense when the time is right. The session was good for me, and I feel fine."

Speaking about the session, Russell admitted confusion over the team's lack of pace, despite feeling comfortable with the car.

"The car was feeling nice to drive, probably one of the best [sessions] of the year to be honest," Russell reflected. "The pace was pretty slow, so I need to try and understand why when the car feels good, we're not as fast.

"It's tricky around this circuit, the conditions change a lot from P1 to P2, the track gets cooler and cooler as the night progress. But I enjoyed it, it was good fun to drive."