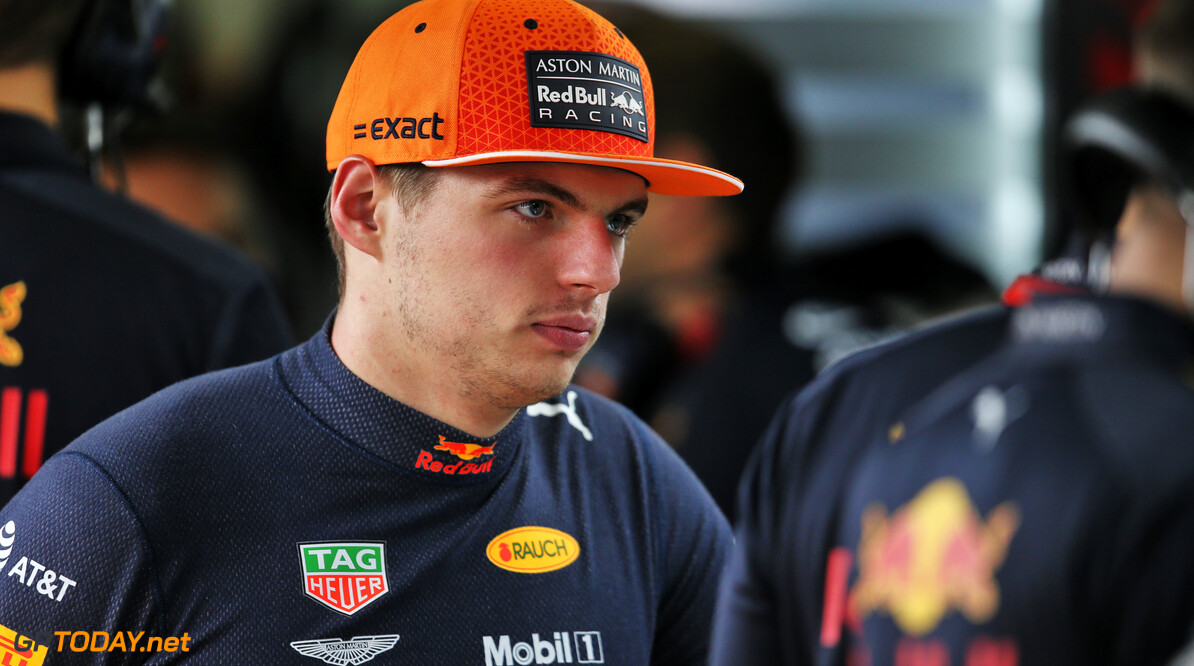 Verstappen has no regrets over decision to take Sochi penalty

Max Verstappen insists there are no regrets over Red Bull's decision to take a penalty in Sochi after a strong opening day of practice.

After finishing second in the morning session, Verstappen ended second practice on top of the timesheets ahead of Ferrari's Charles Leclerc.

However, the Dutchman will drop five places on the grid after qualifying as he has taken on a new Spec 4 Honda power unit for the weekend, as has his teammate Alexander Albon and Toro Rosso's Pierre Gasly.

Verstappen admits that he could have taken the grid drop in Singapore, where Red Bull was not as competitive as it thought it would be.

"No, not at all," he replied when asked if the penalty was bittersweet. "If you are still quick, you can pass some people. Obviously it's difficult to judge, how to take a penalty.

"If I would have thought Singapore was that difficult, I might have taken the penalty there. It's just a bit of a question mark at the moment, what went wrong there. But so far, so good. It's only five places."

Verstappen praised his car after the opening day of running, believing the team to be competitive all around the lap.

"The car is working very well here, and especially in the last sector things are going very well. Also in sector 1, with a long straight and turn 3 which is full throttle, we are competitive. It was a positive day, when we tried quite a few things with the car that seem to work."