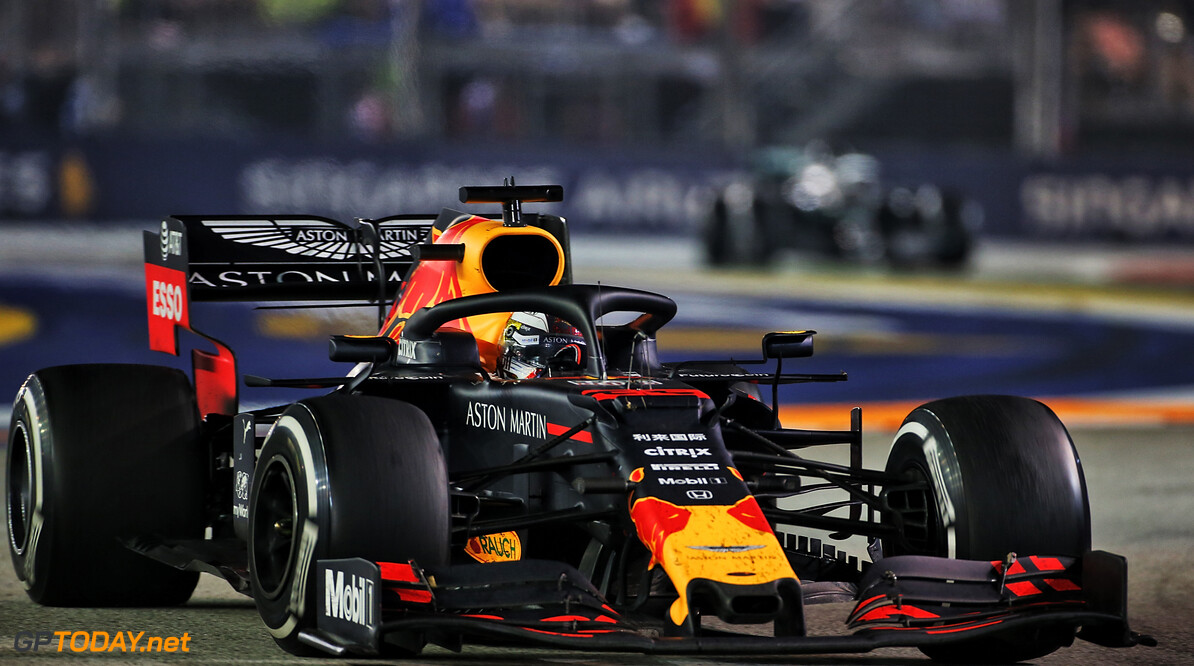 Max Verstappen says a third place at the Singapore Grand Prix is not good enough for Red Bull.

The Dutchman found himself coming under pressure in the latter stages of the race from Lewis Hamilton, who closed in after a series of safety car restarts.

Verstappen held off the five-time world champion to take the final spot on the podium, but insists that Red Bull arrived in Singapore with the intention to win the race.

"[It was] not good enough," Verstappen said. "We came here to win and clearly didn’t. Yesterday I think was worse than today but I would say it’s a little wake-up call.

"From Austrian onwards, it’s maybe our worst race in terms of performance, where we expected to be really good. I have a few ideas why it went wrong so we will analyse all of them and see if we can already be better in Sochi.

"The layout is not that amazing for us but you can clearly see if the car is working through corners or not. I think here, clearly, in too many corners the car was not working like I wanted it to. We’ll go home and see what we can do better."

Verstappen added that focusing on getting good exits out of corners was the key in allowing him to keep Hamilton behind at the end of the race.

"My tyres were going off a little bit but I think it’s quite normal," Verstappen said. "His tyres were seven or eight laps better than mine and with seven laps to go I didn’t have any problems so it really started to be with four laps to go.

"Then you could see he was closing in so I just had to make sure I had good exits out of some crucial corners where I knew he was going to be quick.

"We managed to do that. I guess the people in the garage were a bit more nervous. I was just focusing on getting good exits."