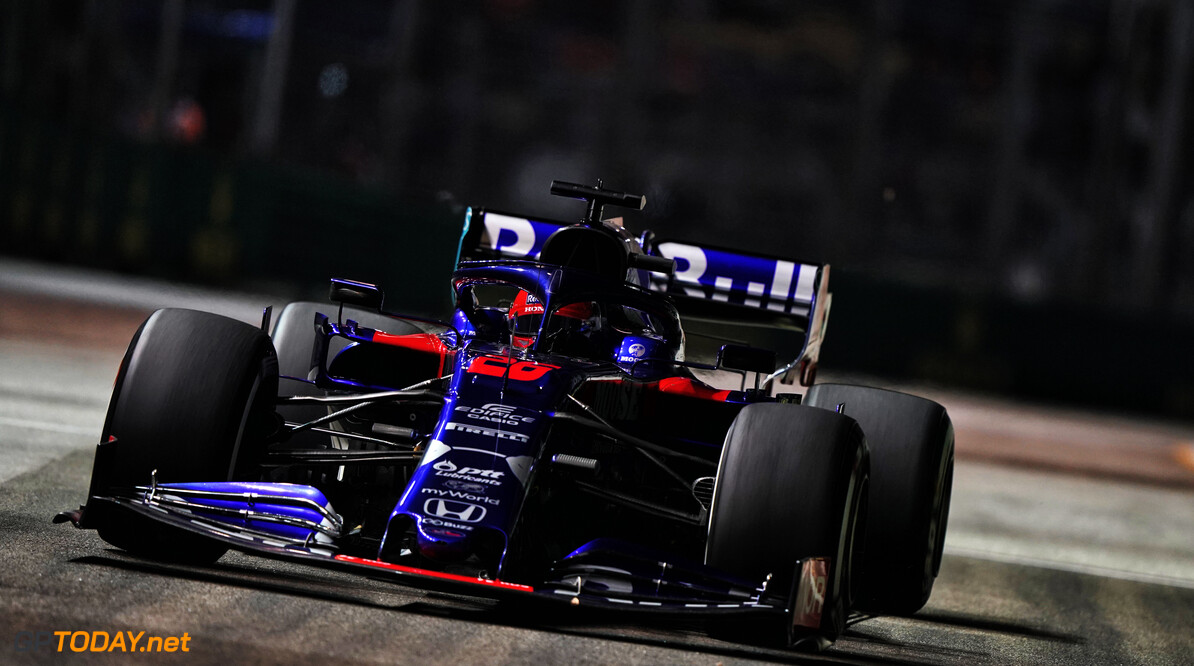 Raikkonen has 'something to think about' after crash - Kvyat

Daniil Kvyat says Kimi Raikkonen has "something to think about" after the two crashed on lap 50 of the Singapore Grand Prix.

Kvyat braked late into the first corner as he attempted to pass the Alfa Romeo driver, however he found himself making contact with Raikkonen.

Kvyat was able to continue to eventually cross the line in 15th place while Raikkonen was eliminated from the race.

The stewards opted to take no further action on the collision, but Kvyat is adamant that Raikkonen shouldn't have turned in while he was alongside.

“I overtook him, I broke late, went in the inside, was making the corner but he didn’t leave me space," Kvyat said. "He turned in like I wasn’t there, so I think he has something to think about.

“I was making the corner, I wasn’t going to go straight. When we’re side-by-side and he just shuts the door I don’t think it’s really good for his side.”

Kvyat also explained that he was suffering from foggy mirrors throughout the race, which bothered him and his progress.

"Yeah an interesting race, but disappointing from my side," he reflected. "Getting stuck after the restarts and I had foggy mirrors. It's a lame excuse but they were bothering me a lot today to be honest.

“At the restart they just fuck you up so much. I tried to open the door and tried to overtake someone and someone else comes inside. I don’t know if they are there so I have to take a wider line. It’s pretty bad, we need to understand why it happened today.

“Other than that it was a bit crazy, I did my best, sometimes they don’t go my way, it didn’t go my way.”