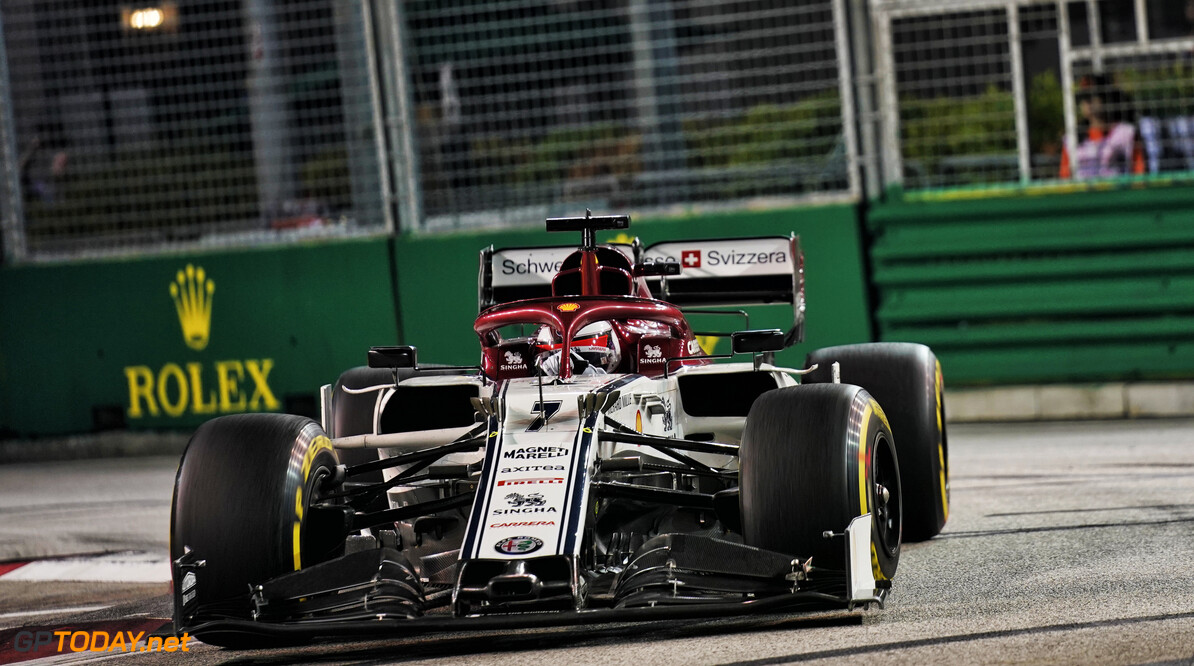 The stewards have opted to take no further action for the collision that eliminated Kimi Raikkonen from the Singapore Grand Prix.

The Finn came into contact with Daniil Kvyat at the first corner as the Toro Rosso driver attempted an overtake by taking the inside line.

However, the two clashed which resulted in a broken suspension for Raikkonen, forcing the Finn to retire from his first race of the season.

"Kvyat explained that he saw that Raikkonen was slowing and harvesting into Turn 1," read a stewards statement.

"He moved to the inside and attempted to make the pass. He was on soft tyres. The stewards accepted his explanation that he felt he could make the corner. Raikkonen explained that he had seen Kvyat earlier, but had not expected him to be so far into the corner when he turned in.

"Both drivers explained to the stewards that in their opinion this was a racing incident. The stewards determined to take no further action."

No further action was also the decision for the collision between George Russell and Romain Grosjean, with the latter being put out of the race as a result.

"As the drivers exited Turn 7 Grosjean got a run on Russell on the outside of Turn 8. Grosjean was fully alongside Russell at the entry to Turn 8 with the cars wheel to wheel," read the statement.

"Through the apex of Turn 8, Grosjean remained alongside, but as Russell had the inside line he was able to start pulling ahead.

"As the Stewards decided that neither driver was wholly or predominantly at fault, they determined to take No Further Action."