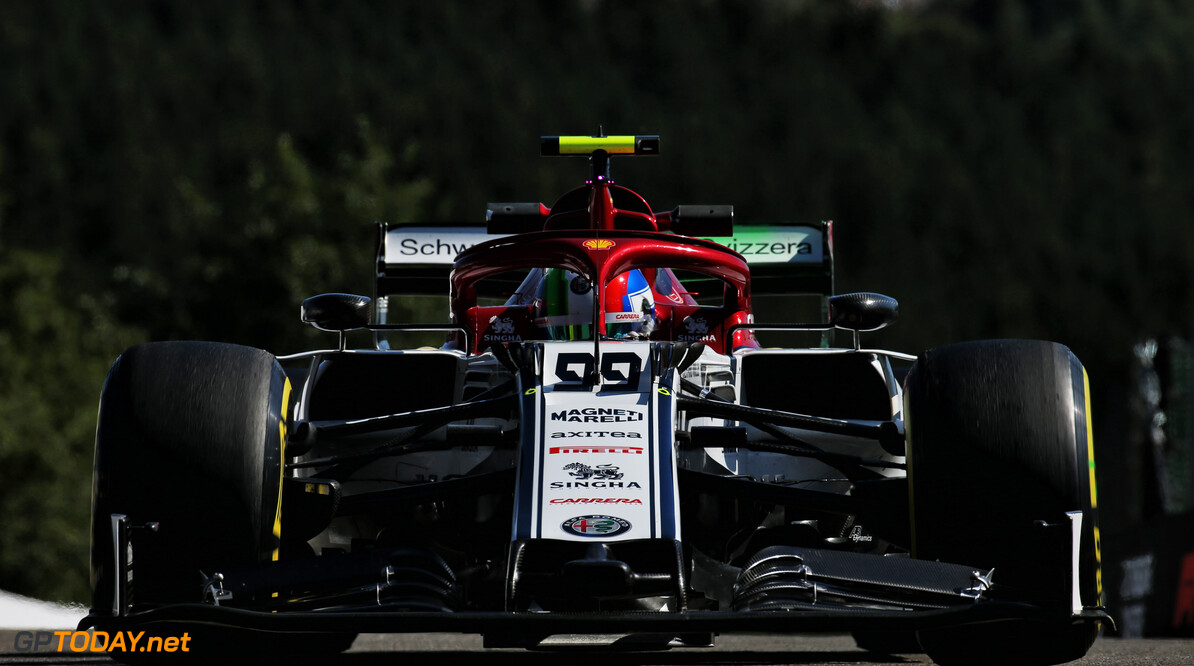 Antonio Giovinazzi is set to start the Belgian Grand Prix from the back of the grid after Alfa Romeo opted to fit his car with a new power unit and gearbox.

The Italian's qualifying session was cut short on Saturday as he suffered an engine failure towards the end of Q1, with subsequent red flags seeing him finish in 15th.

Giovinazzi was set to start the race at the Circuit Spa-Francorchamps from 13th on the grid however Alfa Romeo elected to fit a new engine rather than return to an old specification.

Giovinazzi had Ferrari's updated engine powering his car throughout the weekend, as the Italian manufacturer is likely to use it at its home race in Monza next weekend.

A large number of drivers have also taken grid penalties, with Daniil Kvyat, Lance Stroll and Alexander Albon all sent to the back of the field due to exceeding power unit component quotas.

Both Renaults also have five-place grid penalties, as does Carlos Sainz in the McLaren.

Robert Kubica is also set to take a penalty after Williams breached parc fermé conditions overnight, requiring him to start from the pit lane.

Kubica failed to set a lap time on Saturday as he had an engine failure during Q1. However, he was permitted to race by the stewards after a request from the Williams team.