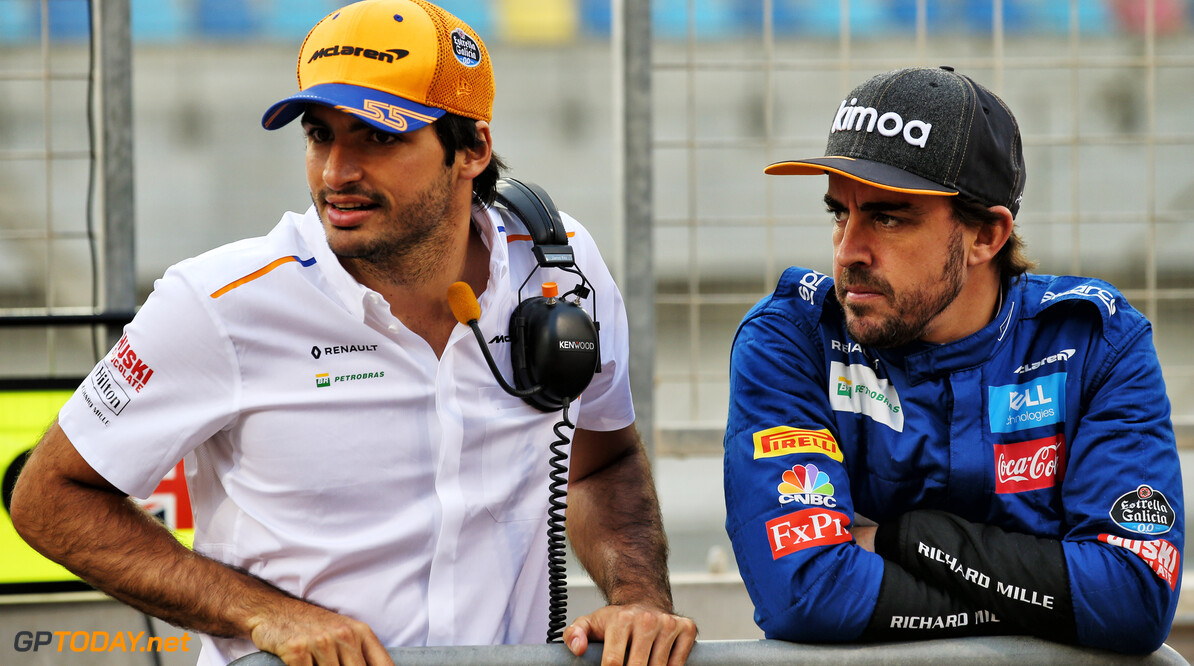 Carlos Sainz says he received no help from Fernando Alonso when he joined McLaren at the end of the 2018 season.

Alonso walked away from an F1 race seat last year after spending four years at McLaren - which brought about little success.

Sainz was brought in as his replacement for the 2019 season and has enjoyed a strong first half to the season, scoring 58 points which places him seventh in the drivers' standings.

MORE: Brown: F1 teams will not agree on 2021 regulations | Sainz: Not overreacting to poor start was vital to strong season

Sainz's first outing for McLaren came at the post-season test in Abu Dhabi, where he admits he discussed things with Alonso - however the former Toro Rosso and Renault driver says there was no help from his compatriot regarding easing into the team.

"I obviously used the chance to share with Alonso after Abu Dhabi the main points of where the car could improve, what was different to Renault," Sainz commented. "But in my adaptation to the part, he had no part. It's impossible, actually.

"He knew everyone, so mainly he knew Andrea Stella, the chief engineer, very well. But it was once I arrived to the team, Fernando was completely away from it so it's not like he helped."

No regrets over McLaren switch

Sainz's switch to McLaren severed his ties with Red Bull, with the energy squad recently taking the decision to promote Alexander Albon to the team in place of the struggling Pierre Gasly.

Sainz insists he has no regrets over his decision to leave the Red Bull camp, stating that he is happy with his current situation at McLaren.

"I don't know, maybe you can ask them," Sainz said when asked if he has proven a point to Red Bull with his strong performances this year.

"But I don't think they miss me much and there are no regrets on my decision. I'm very happy to be where I am.  If they miss me or not, I would probably say no, but that's not a personal thing."