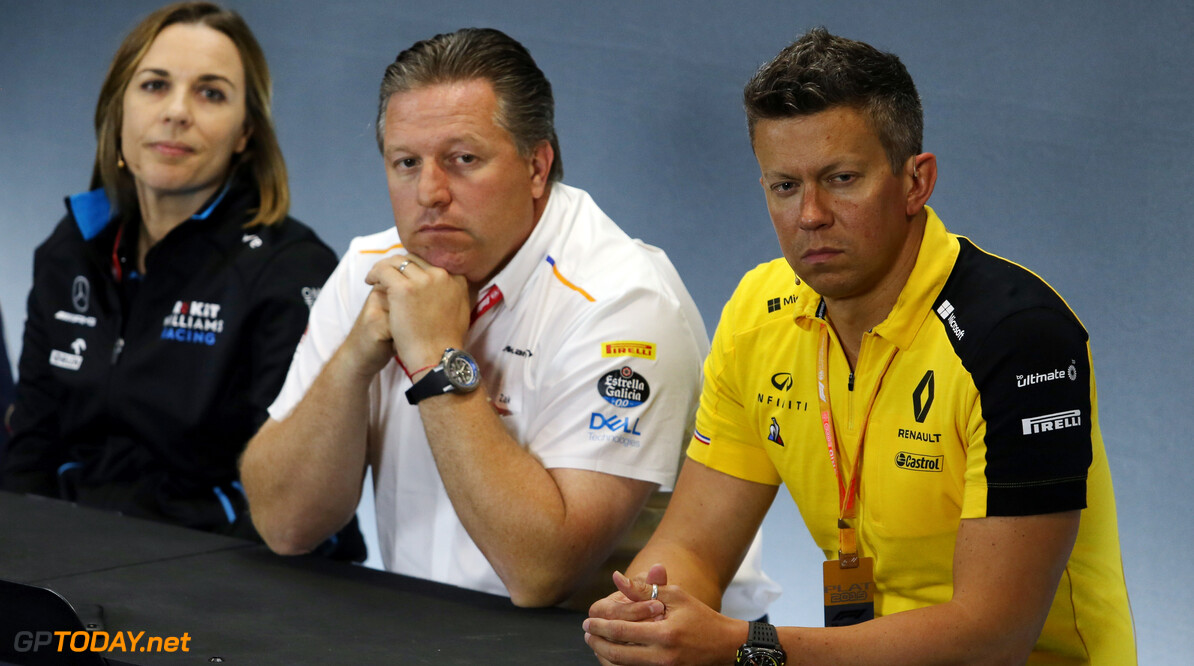 Brown: F1 teams will not agree on 2021 regulations

McLaren CEO Zak Brown has called on Formula 1 and the FIA to stamp down on a decision regarding the 2021 regulations, as he doesn't see teams meeting eye-to-eye.

The regulations, which were originally supposed to be signed off in June, were delayed until October to allow for more time to work on the technical aspects of rules.

Teams have been heavily involved in the talks with the FIA and Liberty Media, F1's commercial rights holder.

MORE: Sainz: Not overreacting to poor start was vital to strong season | Important for McLaren to upgrade from 'ageing' wind tunnel - Key

But Brown doesn't think that teams will come together and find common ground, stating that a recent Geneva meeting saw it explore issues that it has discussed for months.

"It seems like we're talking about the same issue, time and time again," he said. "Very little progress is made because all the team have stayed in their position. That's not going to change, so it's like we revisit the various issues that teams have.

"At this point, Formula 1 and the FIA just need to make the decision and get on with it, because I don't think they're going to hear anything new from the teams at the next strategy meeting that they haven't heard for the last 12 months.

"The idea that the 10 teams are going to converge for the first time in the history of F1 in the next three months is not going to happen. So it's time to get the show on the road."

Brown affirmed that there were tactics from some teams in their thinking to delay the 2021 regulations in order to provide an advantage when the rules come into play in just under two years' time.

"There's definitely strategy behind the delay tactics, for sure. That's why I'm thinking, just get on with it," Brown added.