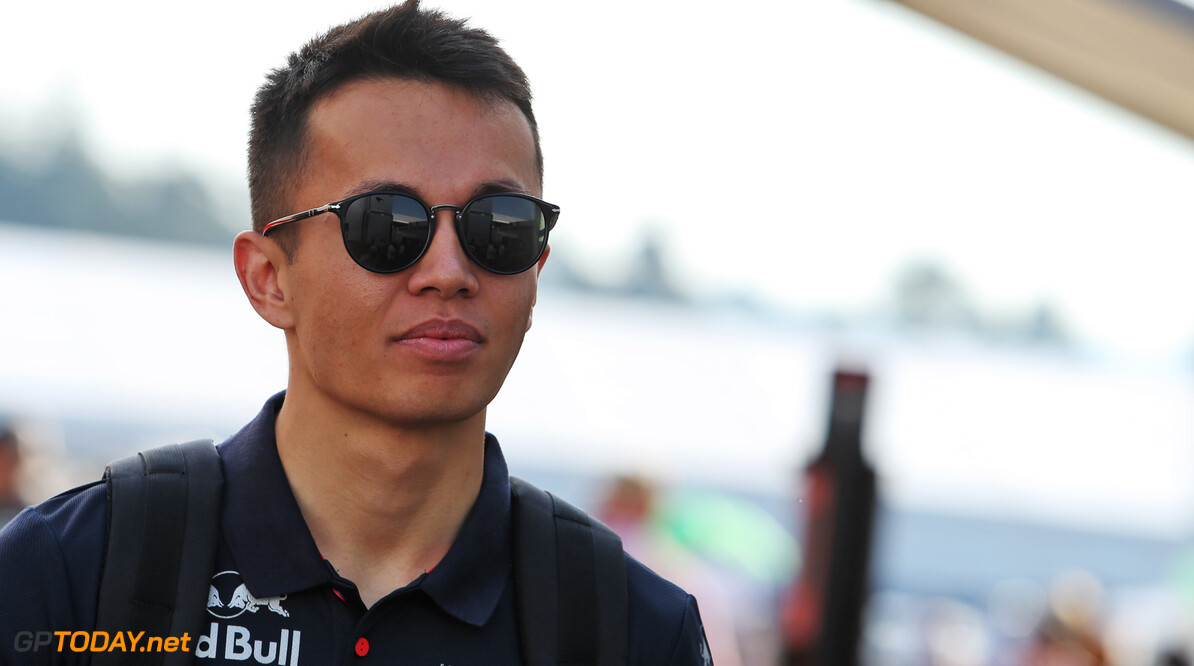 Alexander Albon says he is not thinking about a potential seat at Red Bull for 2020, insisting that he is focused on securing a spot at Toro Rosso.

Albon is currently competing in his rookie season in F1 and has impressed many in the paddock, with five top-ten finishes so far this year.

Toro Rosso team principal Franz Tost has previously stated that the team wishes to continue with its current line-up next year, however the final decision rests with Red Bull, its senior squad.

With Pierre Gasly struggling at the energy drink outfit, a spot may open up for a suitor to partner Max Verstappen next season.

"I'm not thinking about that kind of thing," Albon said of the Red Bull seat. "I'm thinking more about securing a Toro Rosso seat first. That's the focus, focus on the job right now and that's all I can do."

When asked if he thinks he has shown enough to be worthy of the seat, he said: "I hope so. It's in my hands in terms of my driving, but it's not my decision."

Albon was set to race in Formula E last season, having signed with Nissan e.dams to partner Sebastien Buemi.

However, he received a late call up to Toro Rosso after Red Bull opted not to retain Brendon Hartley at the team, who raced the entire 2018 season, as well as the final races in 2017.

"Around this time [last year] is when I was speaking about Formula E, so [it's] a very different path."

Toro Rosso now sits fifth in the constructors' standings, largely thanks to a big points haul at the German Grand Prix, where Albon finished P6, while teammate Daniil Kvyat was third.

"We need to do a couple more rain dances to get a podium, but just more points really," Albon stated as his goal for the rest of the year.

"We're running fifth in the constructors now, and we know it won't be easy to stay there.

"The way it works in Formula 1, to get as many points as we did at Germany was a huge boost for the team. So it will be just about staying there, keep the points up and we'll see."