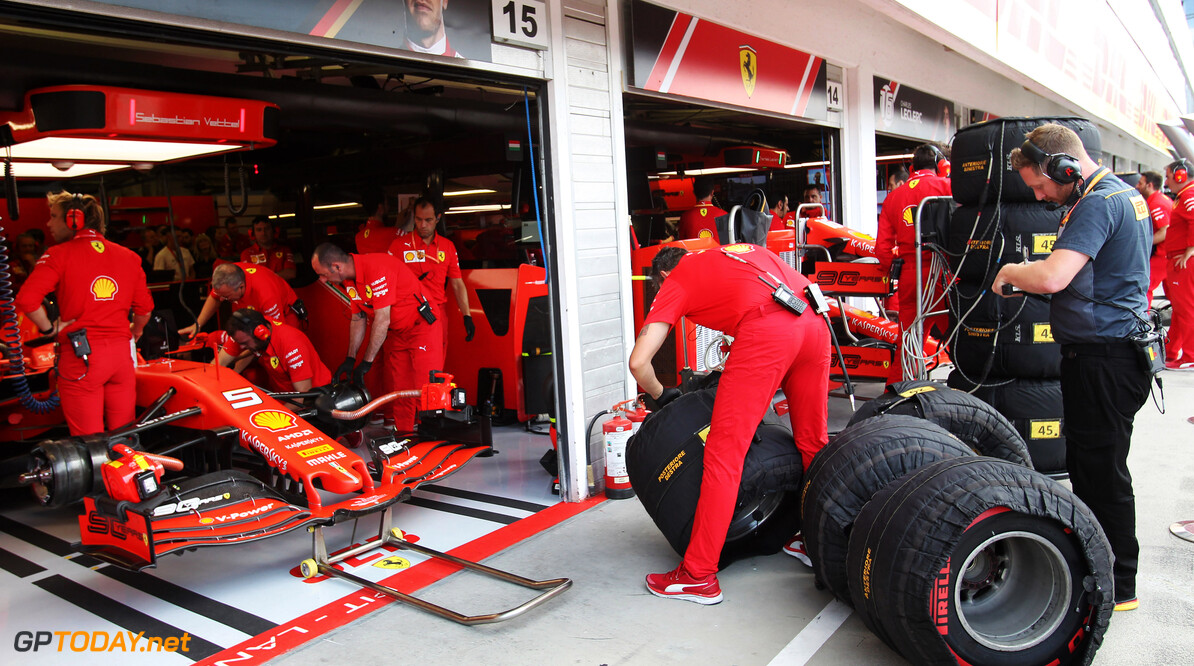 Formula 1 managing director says Ferrari "badly" needs to secure a victory in order to ease the pressure that has built up over the 2019 season.

The Italian outfit is yet to take the top step this year, with its last victory coming at the 2018 US Grand Prix, a race won by Kimi Raikkonen, who now drives for Alfa Romeo.

The team has come close to winning races this year, but has fallen short through certain circumstances - and last time out in Budapest, it crossed the line over one minute down on Lewis Hamilton, who picked up his eighth win of the year.

"One knew from the track characteristics that this race would not suit the Ferrari car, but not to the extent we saw, especially in the race," said Brawn in his post-race column.

"The times from the third sector, where you need maximum downforce, speak volumes, as the car was so far off the pace of the Mercedes and Red Bulls.

"The summer break has probably come at just the right time because I'm well aware of how the pressure can build on Ferrari when things aren't going well.

"It won't do any harm to take a breather and recharge the batteries. Then, once the racing starts again, the aero requirements of Spa and Monza could put Vettel and Leclerc right in the fight again, considering the aero efficiency of their cars.

"Ferrari badly needs a win, not so much for their championship aspirations, but as a morale booster, to prove that it has the potential to be a championship contender, an obligation it has always been under."

When F1 returns following the summer break, it will mark one year since Sebastian Vettel picked up his last win for Ferrari.

Charles Leclerc is yet to win after coming close at Bahrain and Austria, only to be denied late on in both races.