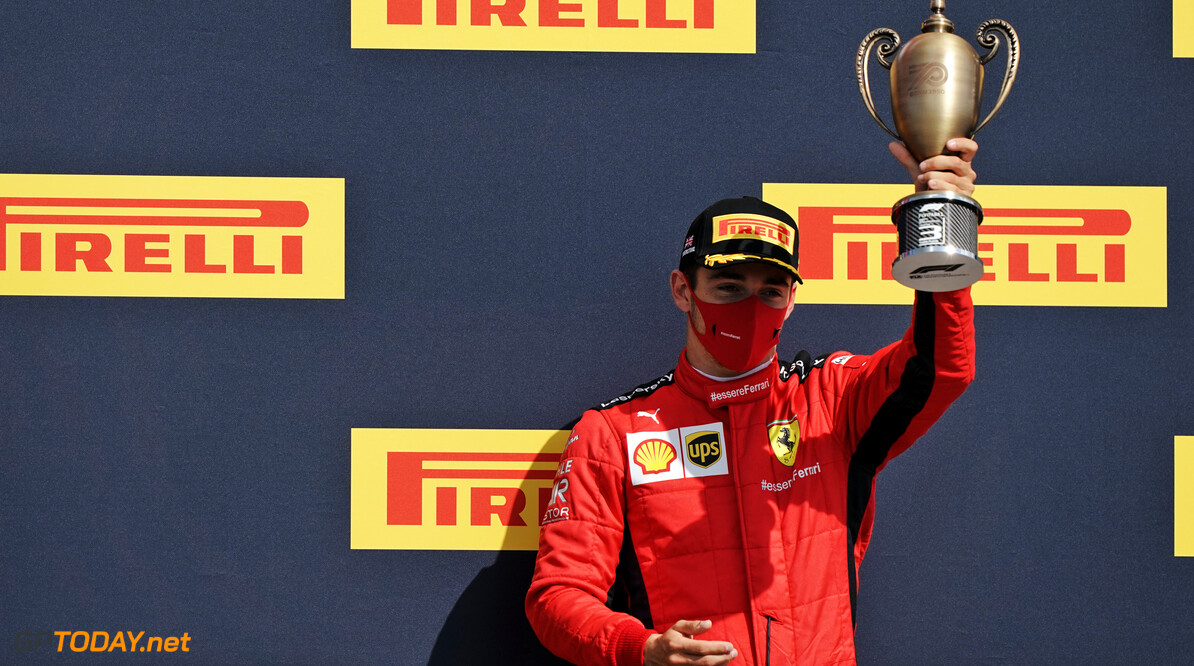 Leclerc secured his second podium result of the year on Sunday, as Ferrari continues to work through the struggles that has seen it slip down the pecking order in 2020.

Leclerc was running in fourth place for much of the grand prix, the same position he qualified in - however following a late-race puncture for Valtteri Bottas, the 22-year-old was promoted to third, where he would remain until the chequered flag.

His teammate Sebastian Vettel faced challenges throughout the weekend and could only secure a single point for himself and Ferrari, crossing the line in 10th place.

“Charles’ podium was fortuitous, following Valtteri’s tyre problem, but considering the difficulties they are having with the car, his performance was hugely impressive,” Brawn wrote in his post-race column.

“He continues to crunch out big results that are beyond what the car is really capable of. He is leaving us all waiting with bated breath for when they get the car sorted out. He’s driving quite exceptionally.

“Sebastian had a horrible weekend, and you get those. Clearly, Charles’s result was a bonus and Ferrari clearly need to improve the car – and quickly. But there are a lot of good and experienced people at Ferrari and I’m optimistic.”

Bottas was not the only driver to suffer late-race tyre issues, as his teammate Lewis Hamilton and McLaren's Carlos Sainz sustained punctures to their front right tyres.

Hamilton's problem emerged on the final lap, meaning he was able to take the chequered flag and win the race with three wheels intact - an achievement applauded by Brawn.

“Lewis’s race looked a cakewalk until the last lap of the race. It wasn’t of course, because he was driving superbly for the whole of the race,” Brawn noted.

“However, let us reflect on what he achieved on that last lap. No front left tyre on the car and he still took Copse and Stowe corners at more than 130km/h.

“He reached 230km/h on the straight with only three wheels, and a front left tyre flailing around - absolutely mind blowing. He judged it to perfection to win the race by a few seconds and a brilliant example of the amazing talents and bravery of Lewis.”