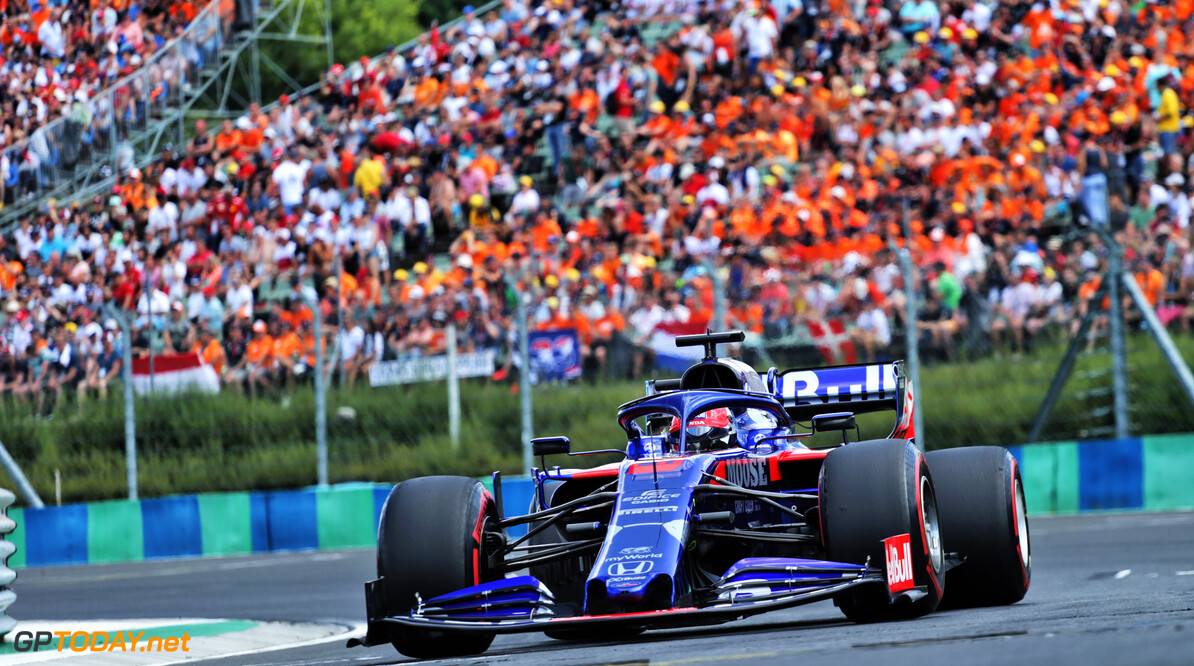 Daniil Kvyat says an early pit-stop saw him lose a lot of time in the later stages of the Hungarian Grand Prix.

Kvyat made his one and only pit stop of the race on lap 21, replacing his medium tyres for the hards which took him to the end.

However, in the final 12 laps, Kvyat says that the tyres became too worn, resulting in a loss of three to four seconds a lap.

Kvyat eventually crossed the line in 15th place which left him disappointed after he was running ahead of teammate Albon before making his pit stop.

"Once you hit the cliff with the tyres, you're three to four seconds a lap slower," Kvyat said. "It was done. 12 laps to go I lost a lot of time. You always hope that you make it for some magic reason.

"I thought that it may not be an easy one, and then I was told my teammate pitted 12 laps later than me or something and I thought 'that was a much better strategy.

I was to a certain extent, but they were also asking me to fight Perez, which is tricky. I used all my tyres behind him, as did he.

"At the beginning of the race the pace was amazing, it was a shame that the call came to pit too early."

Kvyat added that he thinks Toro Rosso hasn't left much on the table in the first half of the 2019 season, as it enters the summer break fifth in the constructors' standings.

"If you look at the points, there's not that many left on the table. Even t some races we overperformed.

"Sometimes there are races like this, they are a bit disappointing, but we are talking about one point. So I wouldn't say it's a huge drama."