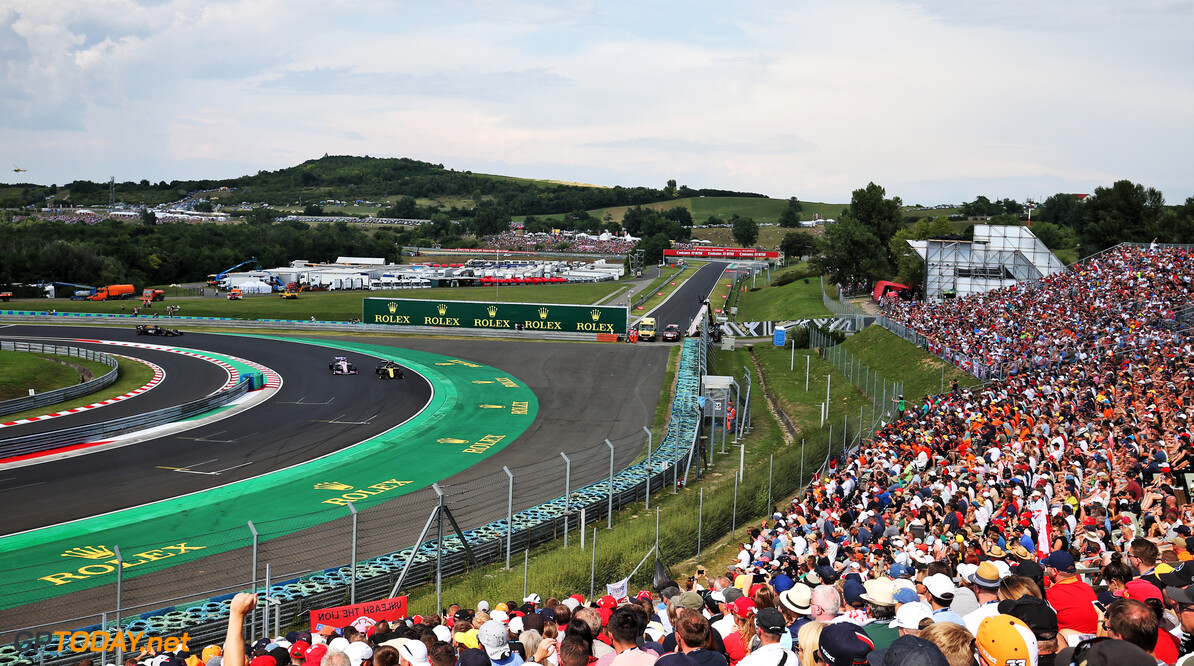 Daniel Ricciardo insists that he wasn't aware of the queue of cars that were slowing in sector 3 at the end of Q1.

Ricciardo formed onto the back of the queue as a handful of drivers looked for clean air before setting their times before the chequered flag fell.

However, as he approached the final corner, he found himself behind Sergio Perez and Romain Grosjean, electing to pass them in order to get a clean lap.

While he cleared Grosjean, he went side-by-side through the last corner with Perez, with both failing to improve their lap times, eliminating them from Q1.

"We got a bit caught up at the end of the lap there," Ricciardo said. "I was just speaking to the engineers now and I was told that I had quite a buffer to the chequered flag, so I knew I could have gone slower.

"But what I didn't expect was the train of cars at the final corner. At the time I wasn't aware of the number of cars that were yet to start their laps so I kind of went on my pace, to keep the tyres in."

Ricciardo added that he had spotted the Mercedes of Lewis Hamilton make his way through for clean air, and so he attempted to replicate him.

"By the time I got to the last sector I saw everyone. I was a bit mixed, do I slow down and let the tyres cool too much? I saw Lewis go, he went through and got a clear gap. So I thought I'm going to go.

"I got Grosjean and I thought I could get Perez but we just went side by side through the final corner.

"All of that is irrelevant, to be honest. I probably could have done better on the out lap phase, but it's just awareness of where everywhere was."