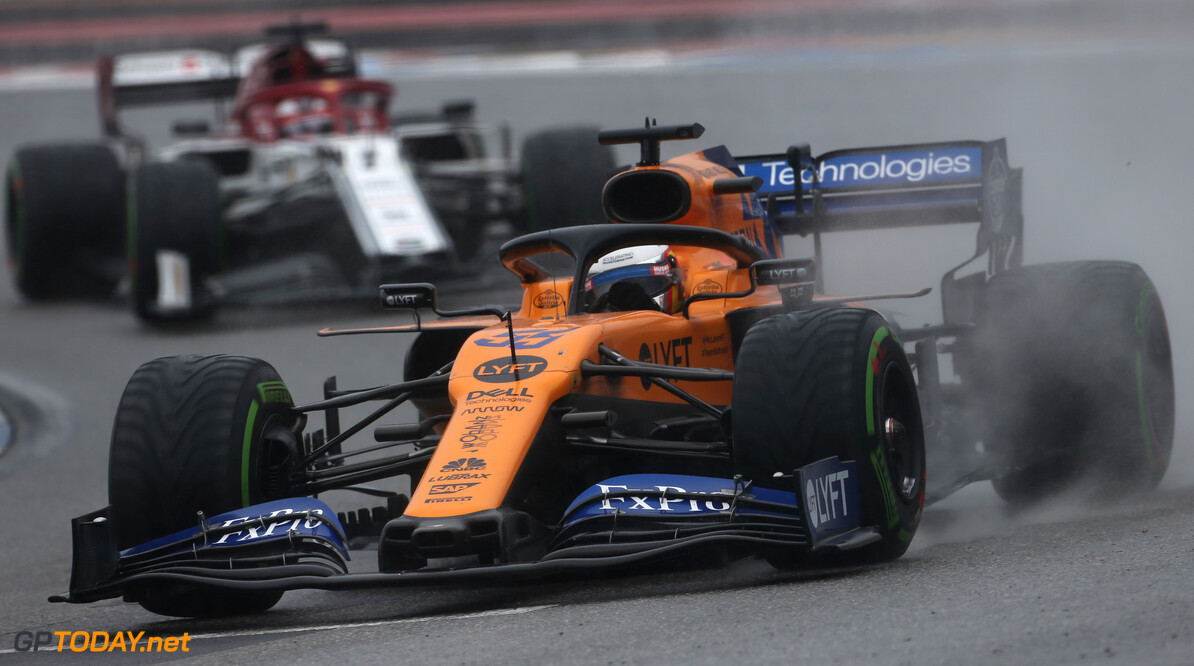 Andreas Seidl has praised the McLaren team for not being tempted into fitting the dry tyres to Carlos Sainz's car during the midway point of the German Grand Prix.

Most drivers opted to try out the slick compounds at their second pit stop, when the rain had eased off and a dry racing line started to form.

However, those that did so soon found that conditions were still too wet for the dry tyres, which resulted in a series of spins for several of those still running in the race.

Only one McLaren managed to finish the race, as a mechanical issue forced Lando Norris to pull aside after he made his second stop.

"I'm overall very happy with the outcome of the race, scoring ten points, said McLaren team principal Seidl. "Extending our lead over the other midfield teams in a weekend that, in truth, was not easy for us.

"We were struggling a bit here with performance. It was tough, especially with the heat here on Thursday and Friday. The race, it's difficult to recap what happened because so much happened.

"With Lando's race, his starting position after his issue with the battery, he was further compromised as we had to change the MGU-K. But in the race and after the spin of Carlos, he was in front of him, but after the pit stop, he lost engine power."

Sainz endured a difficult race as a spin at Turn 16 saw him drop down the order, but he was able to regain those spots after McLaren decided to stay on the intermediate tyres when everyone else pitted for drys.

"With Carlos, it was great to score a P5. The main story of the race was we got into the race and everything was right, we didn't take massive risks. Unfortunately, he went off which cost him 25 seconds.