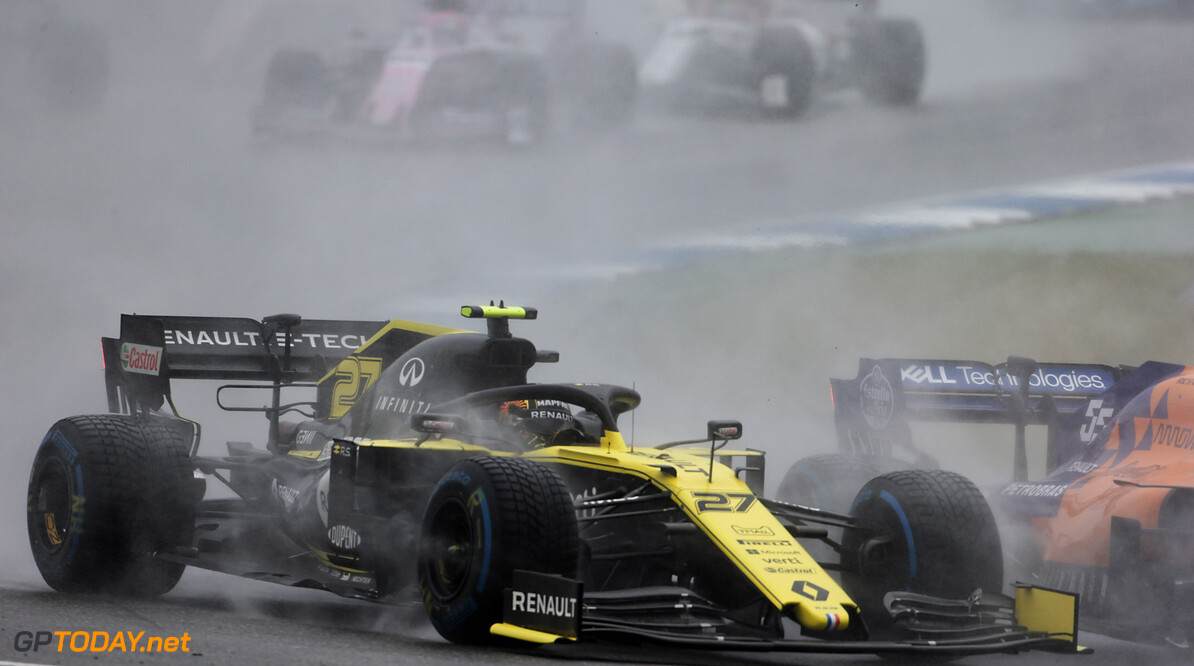 Nico Hulkenberg says it's 'hard to swallow' his race-ending crash at the German Grand Prix on Saturday.

Hulkenberg was running in fourth place when he crashed in the final sector, eliminating any chance of his first podium finish.

The German was running behind Lewis Hamilton and Valtteri Bottas, who would suffer their own troubles later on in the race to drop out of the top spots.

“I don’t know what to say,” said Hulkenberg. "It was a fantastic effort, fantastic race up until that point, for the team, for myself.

“I lost the car for one moment in the wrong corner, in Turn 16. The tarmac next to the normal track is not the normal asphalt, it’s some sort of ice skating track. Once I was there, I couldn’t control the car. You saw the result, I slid into the wall.

“It’s hard to swallow. I’m sorry for the team, because we deserved this, the team did a good job, especially today in the race with strategy and everything. It was all good up until that point, but you have to do all the laps.”

Hulkenberg lost control after sliding onto the tarmac off the circuit, which caught out a number of other people during the race, including Charles Leclerc, Carlos Sainz and Hamilton - although the latter two were able to continue.

“I think definitely,” said Hulkenberg when asked if he thinks the tarmac should be changed. “I think some others had similar issues there, I think it will be a discussion point because usually we are safety concerned, but that’s not even about safety, that’s just silly, to have a completely different tarmac.

“That’s the dragster racing strip there from Hockenheim. In the dry, it’s fine, it’s the usual grip but in the wet, it was insane. Yes, I shouldn’t lose the car, but any other track you go off and you go back on and nothing happens.”