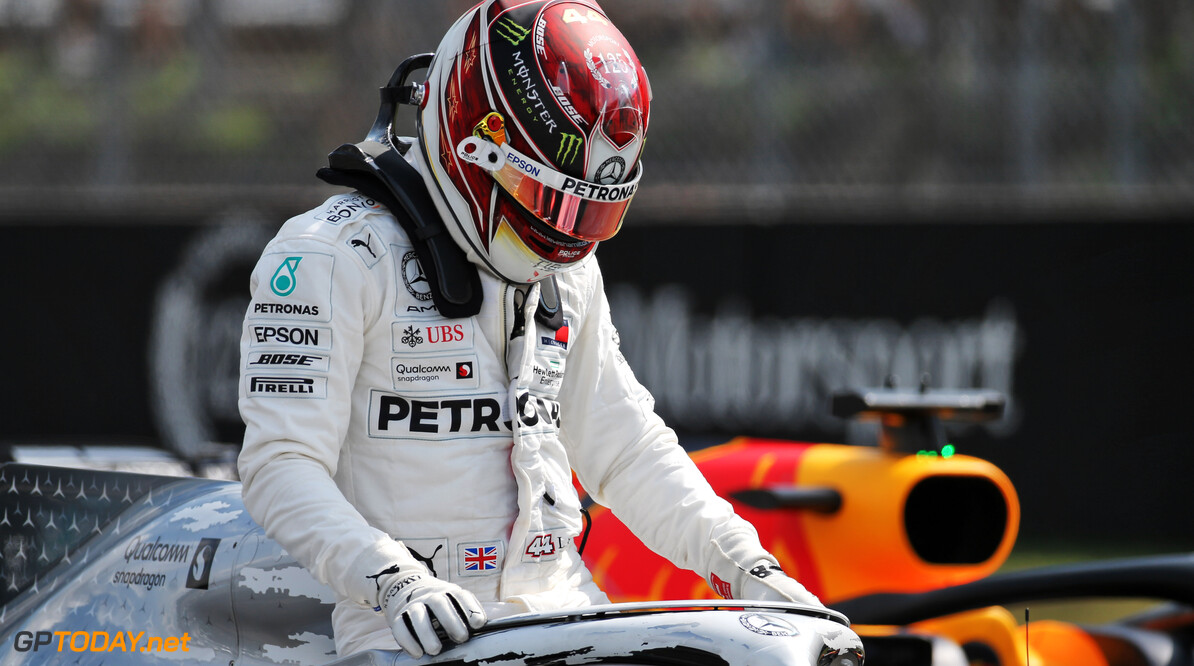 Mercedes was prepared to replace Hamilton for qualifying

Lewis Hamilton has revealed that Mercedes was prepared to replace him for qualifying in Germany after he felt ill on Saturday morning.

Hamilton stated that he came down with a sore throat prior to the on-track action, which led Mercedes to prepare a replacement, which was likely Esteban Ocon, who is the team's official reserve driver.

Hamilton went on to take pole position by three-tenths of a second ahead of Red Bull's Max Verstappen, while teammate Valtteri Bottas finished third.

"I wasn't feeling good this morning," Hamilton said in the FIA press conference. "I had a bit of a sore throat so we just prepped just in case I wasn't going to be able to do the session.

"So I did the practice but we were prepared to put a second driver in the worst-case scenario."

Hamilton described the qualifying session as straight-forward, as its battle for pole position was made easier following Ferraris double drop out before the final runs in Q3.

The Briton says it's the perfect way to start the weekend, as motorsport celebrates 125 years in existence and Mercedes competes in its 200th Grand Prix.

"It was a relatively straightforward session," he said. "The team did a great job in terms of timings and getting us out at the right times.

"We saw the Ferraris drop out which made it different in terms of the battle that we had at the end. But I had pretty good pace, maybe it would have been close between myself and Leclerc.

"But I was really happy from Q2 onwards. It's really great for Mercedes with the 125 years celebration this weekend, it couldn't be a better way to start the weekend."