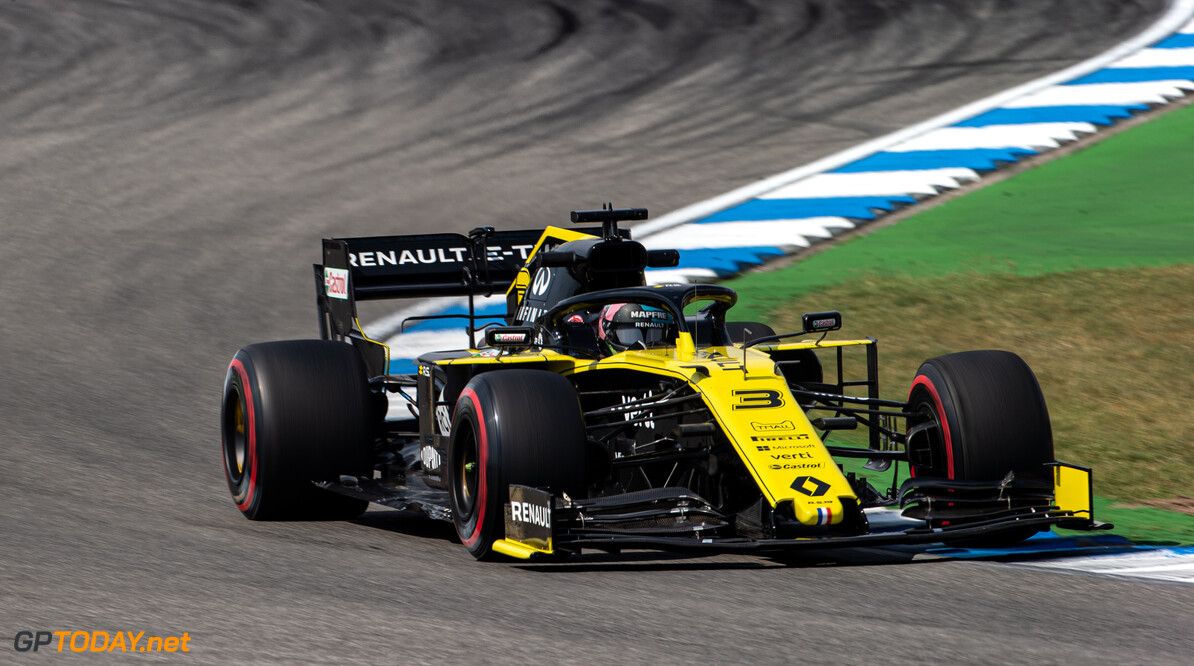 However, the Australian remained cautious over the team's prospects, as he has not yet driven the R.S 19 in wet conditions.

Rain is forecast for Sunday's Grand Prix, which would make for a stark contrast when compared to Friday's sweltering conditions at the Hockenheimring.

MORE: Brown denies McLaren's battle with Renault is compromising its relationship | Hulkenberg: Quite likely I'll remain at Renault in 2020

Ricciardo denied that he is worried about the predicted rain, but expressed excitement over the possibility of a higher than normal result for Renault.

"I don't think worried... maybe if you're in the championship fight, the Mercedes know they're quick in the dry so maybe it creates a few more concerns for them," Ricciardo. "But I think they'll still be fast.

"As a driver, it's exciting. The wet is more difficult and it does make you a bit more on the edge, If it rains, I'll be excited to drive the car in the wet but also to give us the chance to do something special.

"in the wet, for sure the opportunity is there. People make mistakes and you can, if you're comfortable, make a big difference. But until I drive it in the wet, I'm not sure yet where it will put us."

Ricciardo affirmed that the team had work to do overnight in order to learn the car should the conditions change throughout the weekend.

"We're not sure yet, we've still got a bit of work to do to figure it out," Ricciardo commented. "We just had a brief meeting so far. We'll do some more work tonight.

"I have a feeling if it stays dry, we can improve on where we were weak. But in the wet, we'll just do that and figure out where it goes."