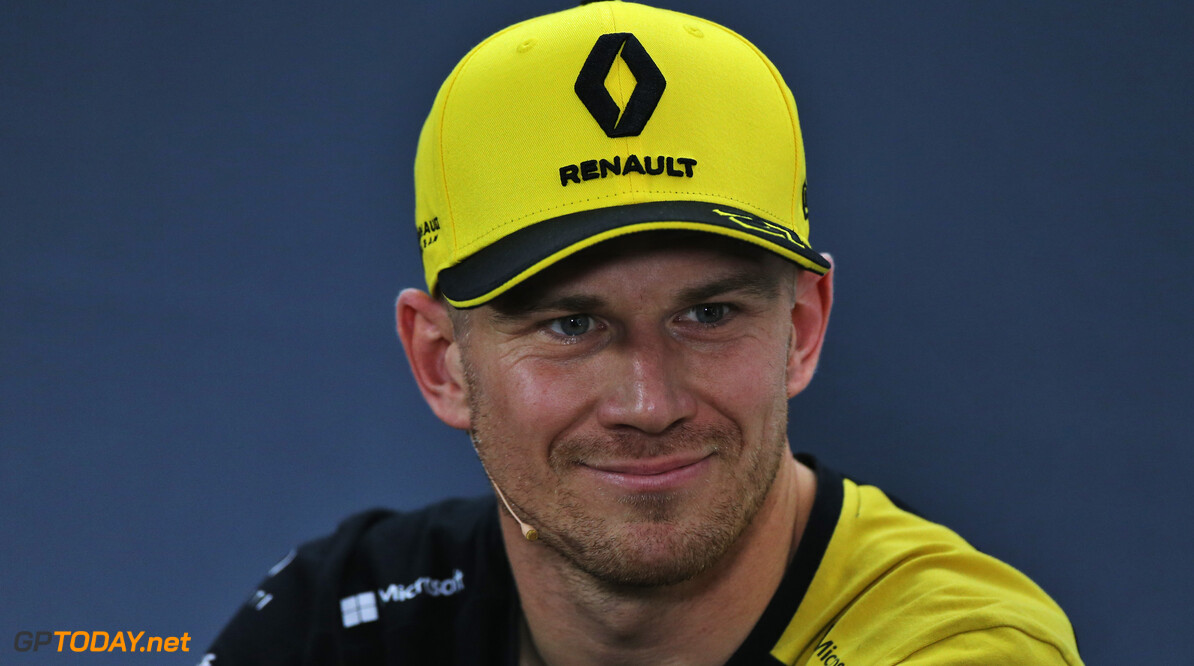 Hulkenberg: Quite likely I'll remain at Renault in 2020

Nico Hulkenberg says it is quite likely that he will remain at Renault in 2020 amid speculation about the future line-up of the team.

With Daniel Ricciardo contracted until at least the end of the 2020 season, it is not known yet who will join the Australian next year as Renault build back up its Formula 1 presence.

Esteban Ocon has been linked to the seat, while Renault has previously stated its desire to promote from within, giving one of its junior drivers a chance in F1.

But Hulkenberg, who has been part of the Renault outfit since 2017, remains confident that it will be him alongside Ricciardo once more next season.

"I think it’s fair to say that so far this season we can’t be entirely happy with what we have achieved," Hulkenberg said. "To start with, we had a lot of issues and missed out on results.

"But a little bit more disappointing is just where we are in terms of pace, the development rate, it’s not where we really needed it and wanted it to be. It's behind the expectations this year, so all in all, not entirely happy and if you look across the three years we can’t be entirely happy with everything we’ve done.

"Nevertheless, the outlook is good. We still see light at the end of the tunnel and we still believe we can catch up to some extent, how much is always difficult to say with entire certainty.

"We’ll see what happens in the future and what happens to me as well. As for now, there is nothing set in stone, but I think it’s quite likely that I will remain with the team."

After the first ten rounds of the season, Renault sits fifth in the constructors' championship, 21 points behind McLaren.