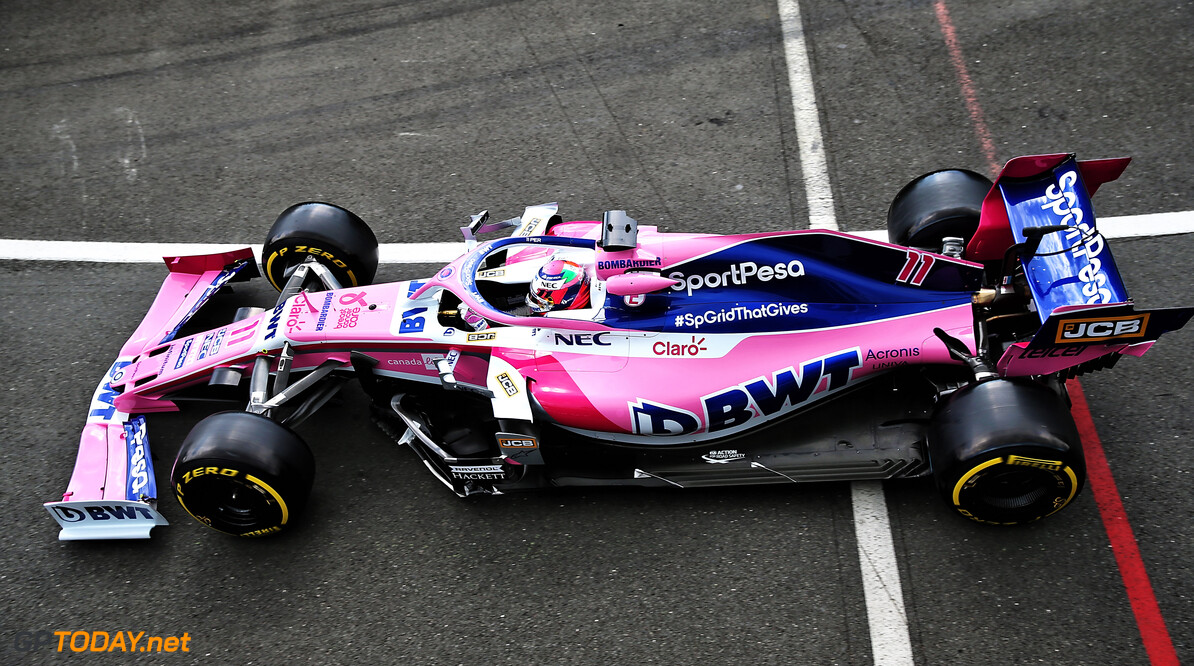 Sergio Perez has described the B-spec Racing Point car upgrade as "an important one" following the team's current poor run of form.

The team has failed to score points at the last three races, with just one top-ten finish coming at the last six events.

The upgrade that has arrived at the Hockenheimring for the German Grand Prix has been in planning for some time, with it being its second major upgrade after Barcelona.

Despite currently sitting 41 points behind midfield leaders McLaren, Perez believes that only minor steps are needed for Racing Point to close the gap.

"We're trying to bring balance to the car, try to cure some of the deficits with balance," Perez said. "We hope that this step can bring us that. You are going to see some bits on the car all around.

"It is an important one. We are in a critical part of the season and we definitely need to make a step to get into the points more regularly.

"I think we started a bit late on the backfoot and it has been hard to recover that run. We brought the new car to Melbourne and we were learning from the car.

"Upgrades haven't worked as well as we thought. In saying that, we're not that far from the ideal competition. A couple of steps and we'll be back in contention."

Lance Stroll added that work needs to be done in order to extract the potential from the upgrades, but confirmed that he is "excited" for what the changes may bring.

"We've brought some upgrades, we'll see when we hit the track in terms of lap time. It's always a bit of a mystery on paper compared to reality.

"We tried it in the sim, there will be some fine-tuning to extract the most out of it, which is the case with most upgrades. I'm quite excited to see how it performs."