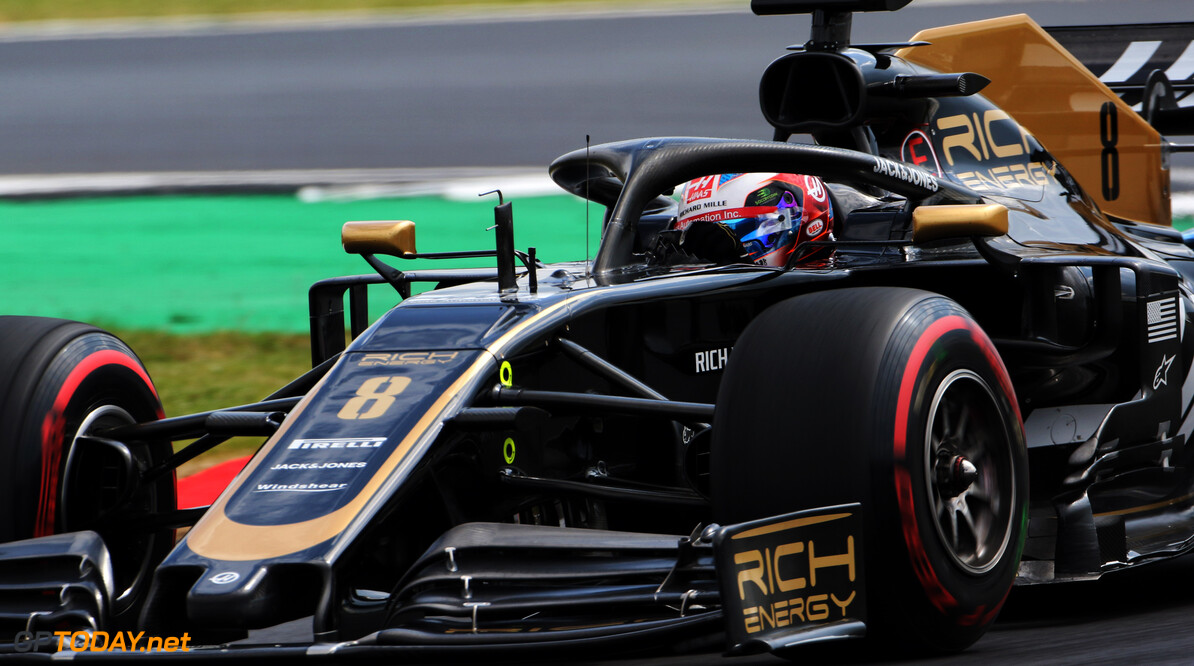 Grosjean to use Australia-spec Haas again in Germany

In an attempt to understand its current race pace struggles, Haas placed Grosjean in an old version of its car at Silverstone and gathered data during the weekend.

However, on lap one of the British Grand Prix, Grosjean and teammate Kevin Magnussen came together, which saw them both retire from the race.

The collision left Haas with no data over the course of a race stint, which infuriated the team and led to rumours about the immediate departure of Grosjean from the American squad.

MORE: Haas: No plans to replace Grosjean for Germany | Magnussen has no concerns over Haas future

As it continues to figure out why it is so uncompetitive when it comes to the race, Haas confirmed that Grosjean would once again use the older car this weekend.

“We decided on this exercise to get data and understand better what the difference between the two cars is, good or bad, then we can see where we can make improvements," said Haas team principal Guenther Steiner.

"We weren’t sure if the update we introduced in Barcelona was better or not. We’re running this again in Hockenheim, which is a different type of track with different temperatures – they’ll be a lot higher – and, as we all know, we couldn’t get a lot of data from the race at Silverstone from either of the cars.”

Haas will be bringing upgrades to the race weekend at Hockenheim, labeling it the second major upgrade package of the year after Barcelona.

Steiner says there is not a particular area in which is trying to improve with the upgrades, insisting that they are aimed at making the car more driveable with more downforce.

“We’ve changed a few parts on the car," Steiner commented. "There’s not one specific area we’re targeting. We’re just making the car, in general, better, more drivable with more downforce, which always helps you go fast. We’re trying to make the tires work better for us.

"That’s the biggest improvement we can make at the moment – getting into the window of the tyre – and that’s got a lot to do with downforce.”