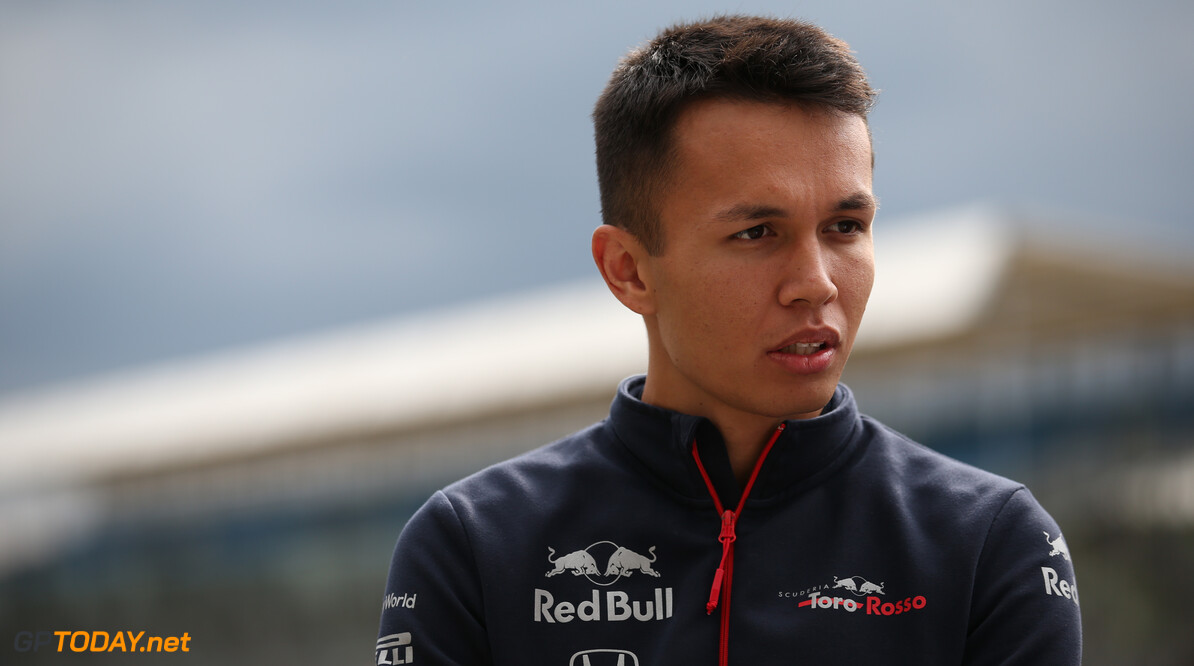 Albon not looking over his shoulder in relation to F1 future

Alexander Albon insists he is not looking over his shoulder when it comes to focusing on his future in Formula 1.

The Thai-British driver was brought into the sport by Toro Rosso this year alongside Daniil Kvyat after he had originally signed a deal with Nissan e.dams to race in Formula E.

Albon currently sits 15th in the world drivers' championship and has picked up three top-ten finishes this year, the last of which came at Monaco in May.

With the Red Bull programme being notoriously ruthless with its Toro Rosso drivers, Albon affirmed that he is not nervous about his future, but knows that he still has a lot to learn.

"I'm still just focusing on myself. I'm not looking over my shoulder or anything like that. I'm still a rookie and I'm still learning a lot," Albon said.

"I'm happy with my season so far, but the focus now is on returning to the points. Every weekend it's about improving your skills as a driver, improving your feedback and knowledge about the car. I think I learned a lot at first, but now it's more about fine-tuning."

Losing a little grip costs a lot of time

Prior to his debut in F1, Albon spent two seasons in Formula 2, where he picked up four wins and ten podiums.

Albon explained that the current F1 cars have so much grip that if you lose just a little bit, you lose a lot of time on the track, which stems from difficulties with the Pirelli tyres.

"These cars have so much downforce. If you lose some grip in Formula 1, you lose a lot of time. This is especially true for the rear tyres," he stated.

"I like to have a lot of grip at the front, so getting the balance right was very important. I was in a kind of no man's land where you don't know what you want with the car and what suits the car best. Now I need to be a little more independent in my choices."