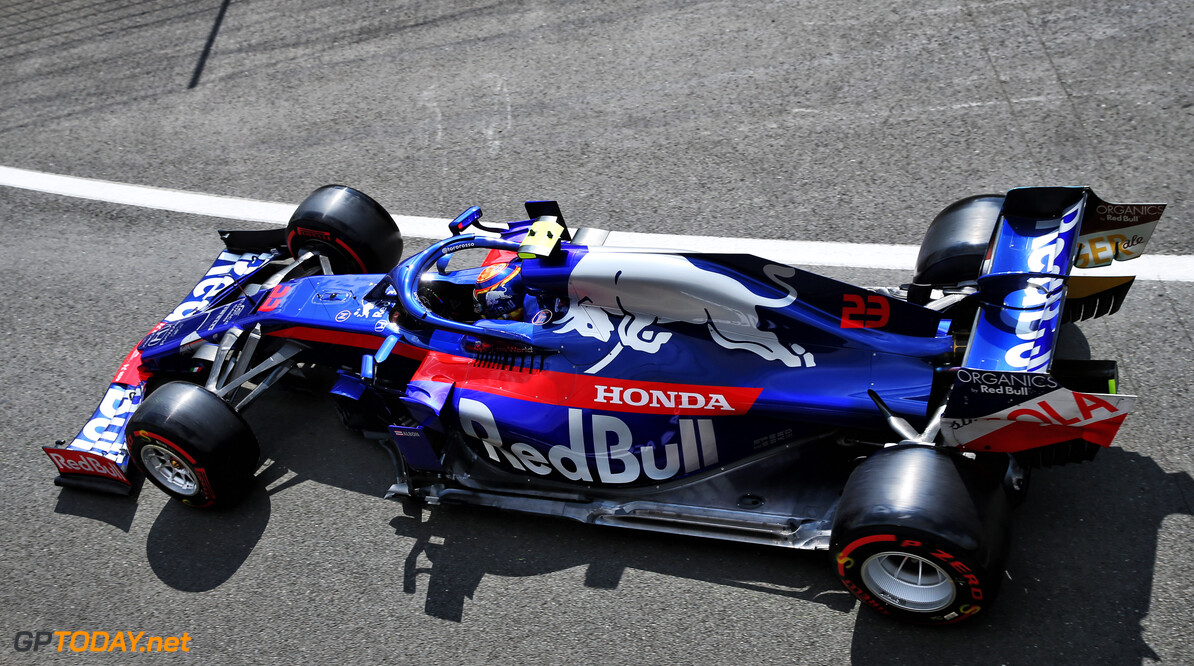 Toro Rosso chose not to pit Alexander Albon for a second time during the British Grand Prix after a high voltage issue showed up in Honda's data.

The decision not to pit the Thai-British driver was made on the grounds of safety, which saw Albon complete the last 39 laps of the race on a set of medium tyres.

Albon was running in the points with only a handful of laps to go, but dropped out of the top ten due to the excessive tyre wear.

"Unfortunately, Alex dropped out of the points in the closing stages, as he was unable to make the second tyre stop that he needed," said Honda F1 technical director Toyuharu Tanabe.

"This was power unit-related, as the data showed a high voltage issue, so we told the team it was inadvisable to make a second stop on safety grounds. Of course, we will now analyse this issue very carefully.

"It wasn’t the best race for us, but for the fans it was another really exciting Grand Prix. We will now concentrate as usual on our development programme, as we head for another pair of back to back races."

Albon admits that missing out on points late on in the race made for a frustrating race, but is content with it being something that can happen at times.

"It wasn’t an easy race for me managing the tyres. When the safety car came out some drivers got lucky, others didn’t.

"We had an issue with the car where we couldn’t pit or touch the car, so we had to stay out while others around us pitted. It was a frustrating race, but that’s the way it goes sometimes."

Albon has not scored points since the Monaco Grand Prix, and currently sits 15th in the championship standings with seven points.