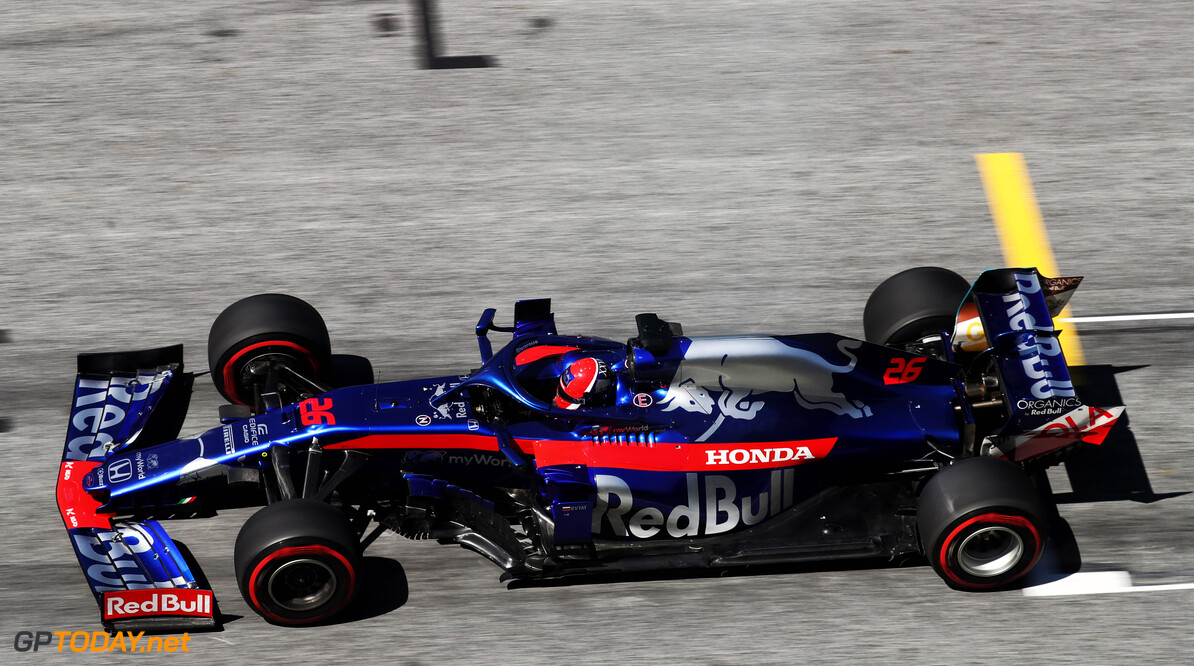 Kvyat: New Silverstone surface an 'unknown factor' ahead of weekend

Daniil Kvyat says the new track surface that has been laid down ahead of the 2019 British Grand Prix will be an 'unknown factor' for all the teams.

A new surface was placed ahead of the 2018 race, however it received heavy criticism from the drivers, prompting the decision to redo the job for the 2019 Grand Prix.

"One unknown factor is that the entire track has been completely resurfaced again and, on Friday, it will be interesting to find out just how different it is and what the new tarmac will be like," Kvyat said.

"It will be an important factor because the lateral loads on the tyres, with all the high-speed corners here, are very high."

After a handful of difficult weekends for the Red Bull junior squad, Kvyat is hoping for better fortunes this weekend, and is aiming for a return to the points.

"Leading up to this weekend’s British Grand Prix, it’s fair to say we’ve experienced a couple of difficult race weekends, in France and immediately afterwards in Austria," the Russian stated.

"We struggled with the general pace of the car on those two very different kinds of tracks. They didn’t really suit us very well and we are trying to get to the bottom of that to find out why.

"It seems to be the case this year and not just for us, that some tracks suit certain cars better than others. Apart from that, some other teams in our part of the grid have made good progress, but we are working hard on fighting back and will take each race as it comes.

"I was in the simulator after Austria to understand what we could have done better in the past races and what we can do to improve for the next few ones before the summer shutdown. Hopefully, we will be stronger."