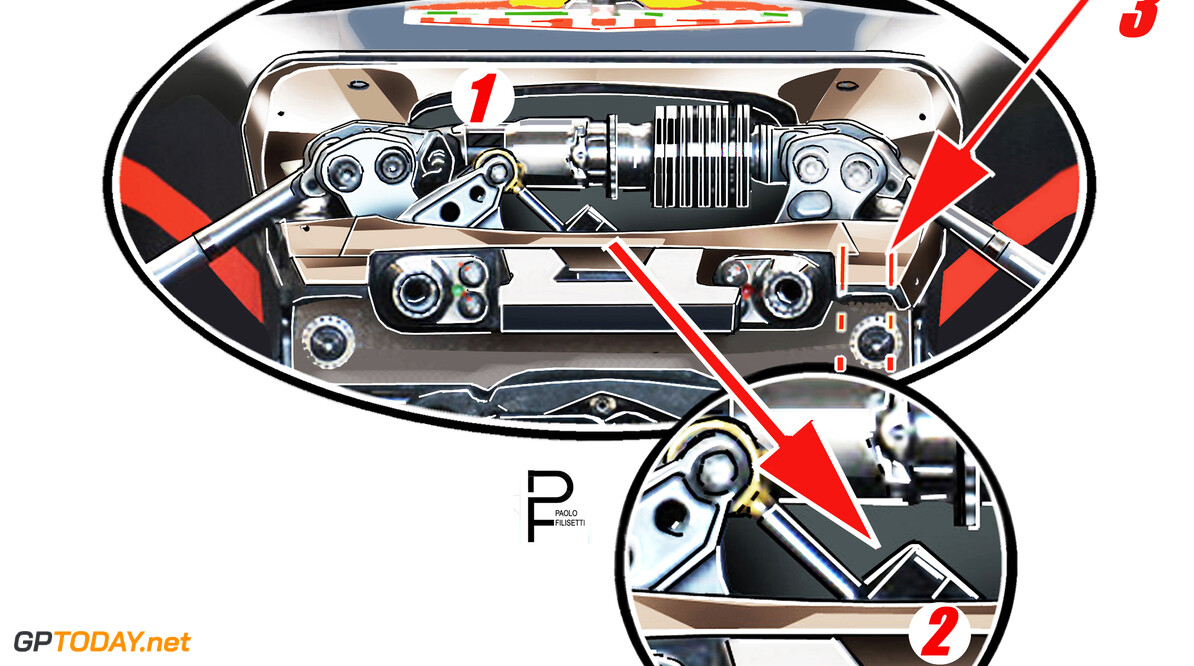 Technical Analysis: How the RB15 was able to challenge for victory in Austria

The recent victory of Max Verstappen in Austria urges us to explain how the RB15 was able to raise its competitiveness compared to the start of the season. It is important to underline that an F1 car is a complex system, and it is impossible, and above all, not technically correct, to pick up a single element and consider it the sole part for the performance improvement.

That has become a common fashion of many so-called technical experts, just to spot visible aero developments and build around these facts, creating unlikely stories of huge performance gains due to those new parts.

Explaining how the Red Bull was capable of clinching the win in Austria, providing Honda with a maiden victory in the hybrid era, is rather a more complicated task. First of all, let’s say that the track characteristics suited the DNA of this car, that we can place between the concept of Mercedes and Ferrari.

Even though the RB15 is a deep development of the RB14, still featuring a high rake angle as basic setup, Red Bull includes some inspiration points from the other two rival teams, in terms of straight-line efficiency and regarding the downforce generated in negotiating medium-fast corners.

We could say in a way it could be the perfect blend of the two, thanks to the evolution of the front suspension that works together with the rear, mimicking in a legal way a sort of FRIC system that provides the car with the perfect grip on all tyres. It’s development so far underlines the direction that Adrian Newey and his staff took, to improve the overall performance, and especially in finding the right balance, dynamically and aerodynamically speaking.

It was interesting at Monaco to spot the closed hole of the nosecone, and that such version was kept at the two following races. It was clear it was a solution that the aerodynamicists of Milton Keynes considered useful in terms of managing the airflow in the front bottom section of the car in Canada and France, thanks to some long straights.

But in Austria, with a different configuration of the rear wing and diffuser, it was judged more useful performance wise to return to the original holed nose to feed the S-duct. This means it is not the case that this change sported at Spielberg can explain the overall performance of the car.

The Red Bull Ring is a stop and go track, where the power unit plays a relevant role. It is clear that the latest evolution of the Honda power unit was capable of withstanding the needs of this circuit. The power unit demonstrates durability in the hot conditions that were encountered, so Red Bull wasn’t required to open additional vents on the bodywork.

It also demonstrated to be second to none in terms of acceleration, a crucial element in Austria. The balance of the car, on the other hand, allowed the team to adopt a strategy that brought  Verstappen into play in the last stint of the race as he had newer tyres compared to Charles Leclerc, who pitted earlier than the Dutch driver.

The tiny bits and pieces changed from Spain with great attention focused on the barge boards, and then to the upper winglets to generate downwash in Canada, followed by revised rearview mirrors in France, can be considered adjustments to an overall perfectly balanced chassis.

This Sunday at Silverstone, we can’t completely write off Red Bull from challenging favourites Mercedes. The steady positive trend shown by the RB15 could be a fundamental ingredient to keep this summer very hot in terms of competition in F1.

Red Bull's wheelbase, around 3,625mm, is certainly shorter than Mercedes and Ferrari. Nonetheless, the balance between front and rear looks a sort of masterpiece, not only aerodynamically speaking, but due to the suspension interaction.

The system is radically different from Ferrari and Mercedes. Not only the third element 1) can be mechanical or hydraulic, as we saw in multiple changes this season, but it is interesting the transversal inerter 2) that provides huge stability and rebound control. Standard are the 3) torsion bars visible from the front bulkhead.

The rear wing has been mainly developed in the endplates, with addition and removal of the rear vertical fringes. It was noted in Baku, the low downforce version with a reduced height of the flap and main profile chord. This showed how high the downforce generated by the bottom of the car is.

Since China, the front wing changed in terms of endplates with main profile and flap curvature. Small changes followed with the most visible in Monaco with the nose tip closed. In Austria, it was then adopted the original one with the front feeding inlet of the S-duct.

In Spain, these elements underwent a massive development, that clearly aimed to improve efficiency and especially to increase the downforce generated by the bottom of the car.

In Canada, the introduction that was then coupled in France by revised rearview mirrors pillars of chassis winglets to generate downwash, was aimed at improving the management of the airflow towards the sidepods inlets, in favour of the cooling system efficiency. 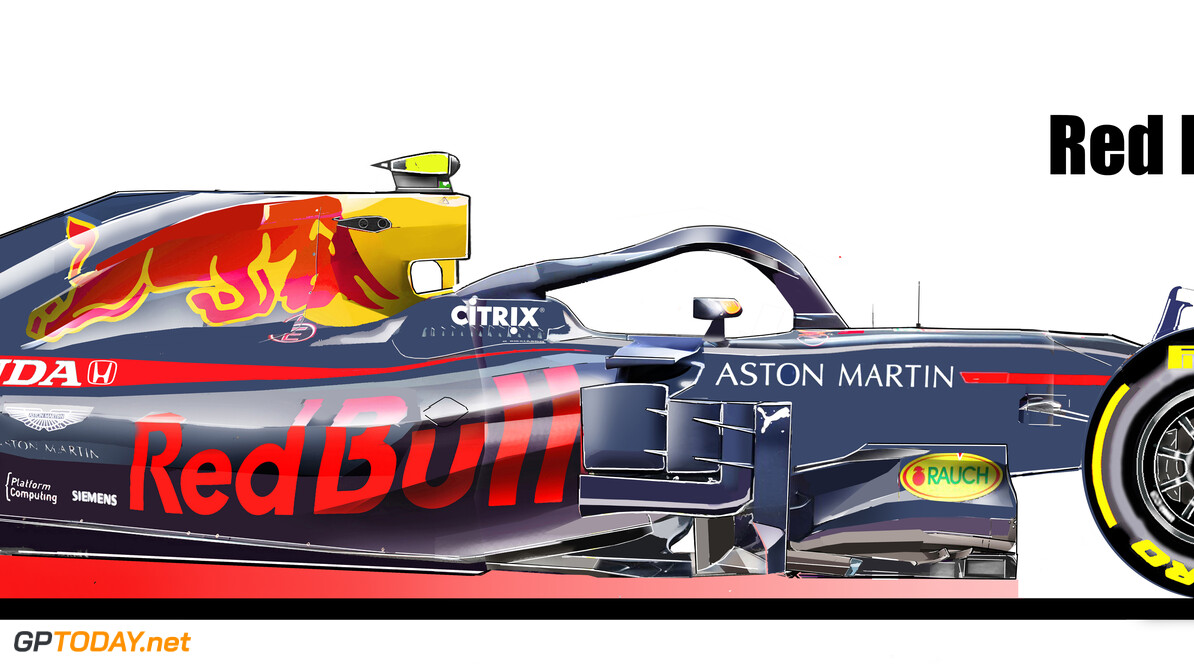 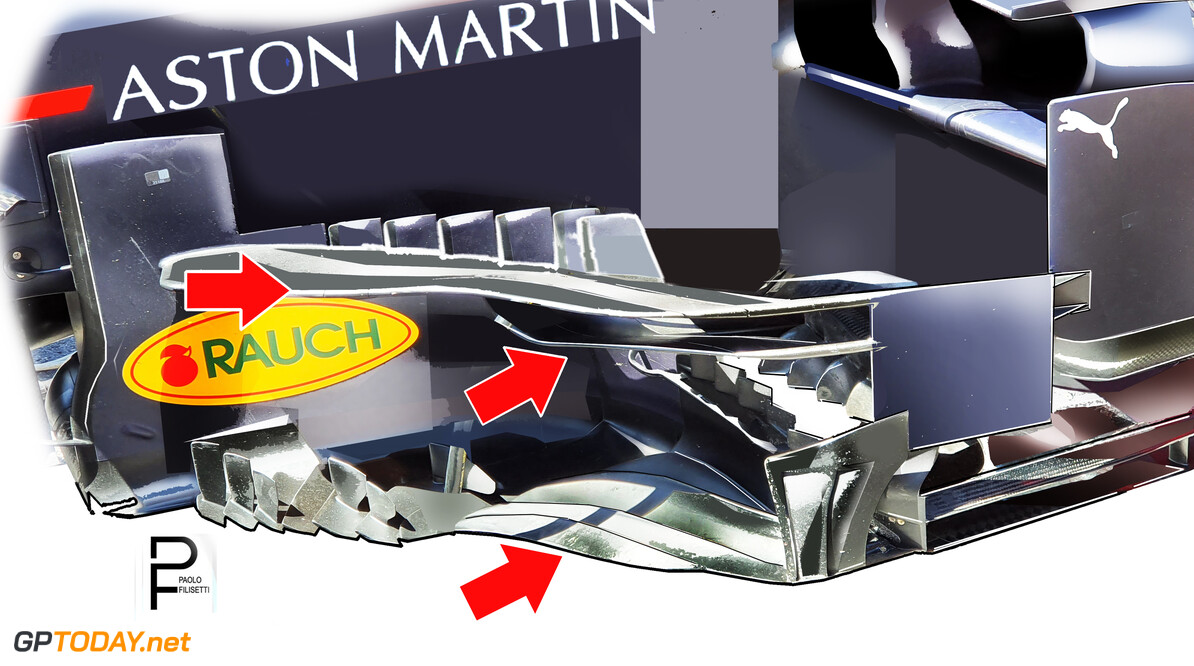 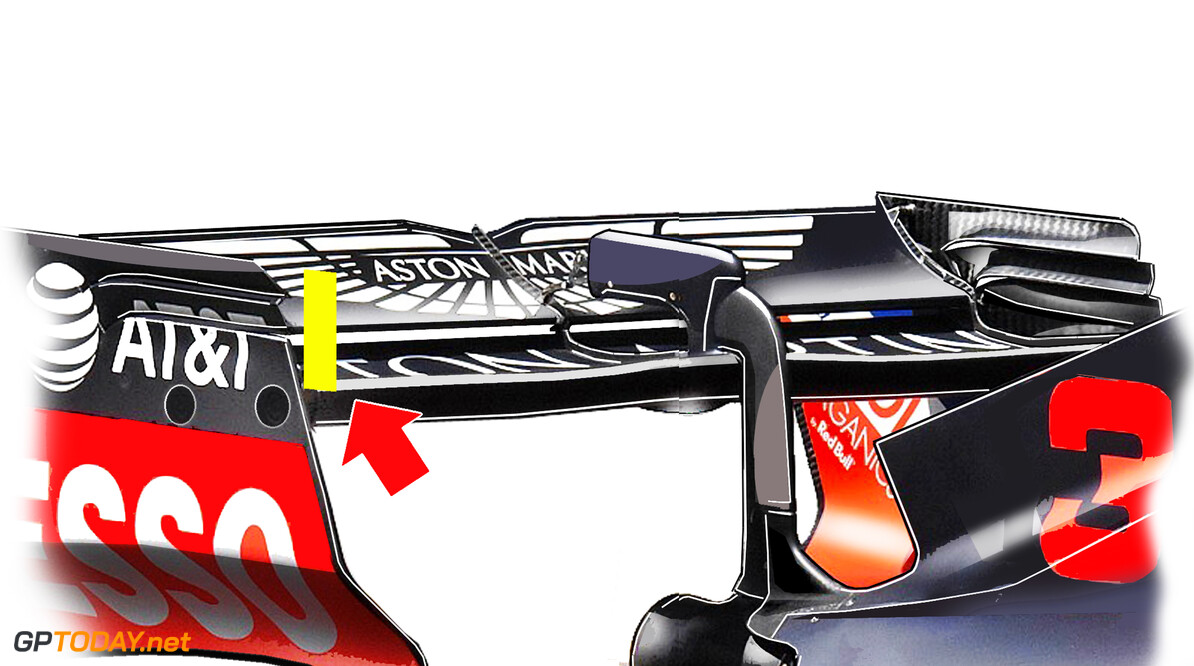 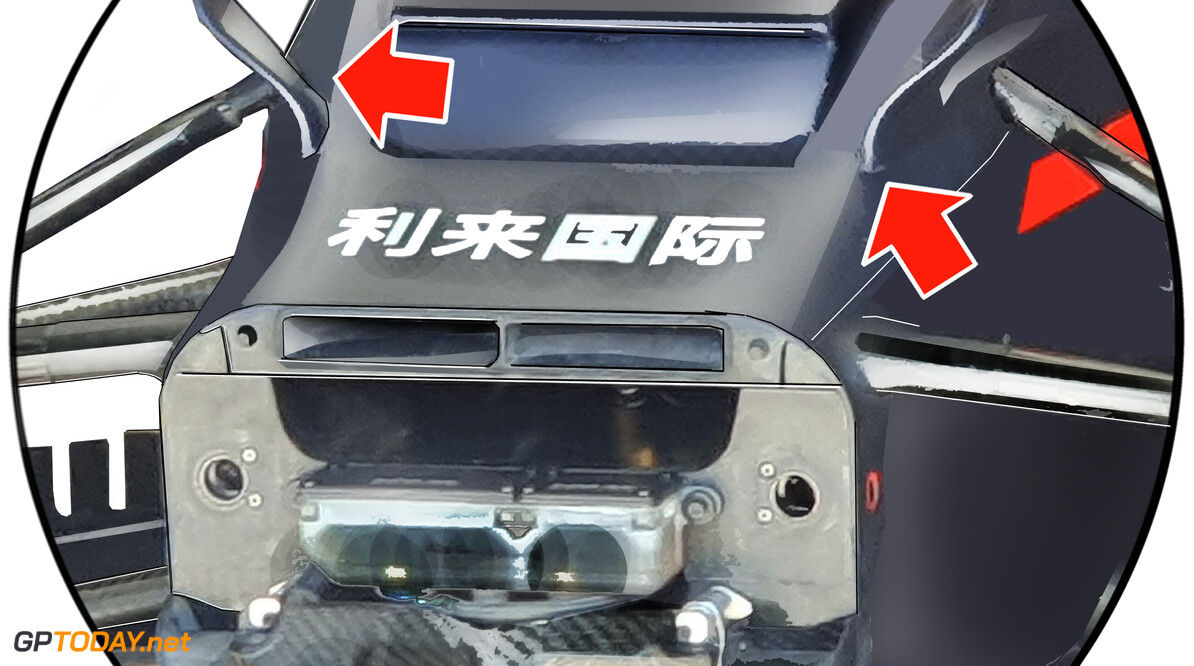 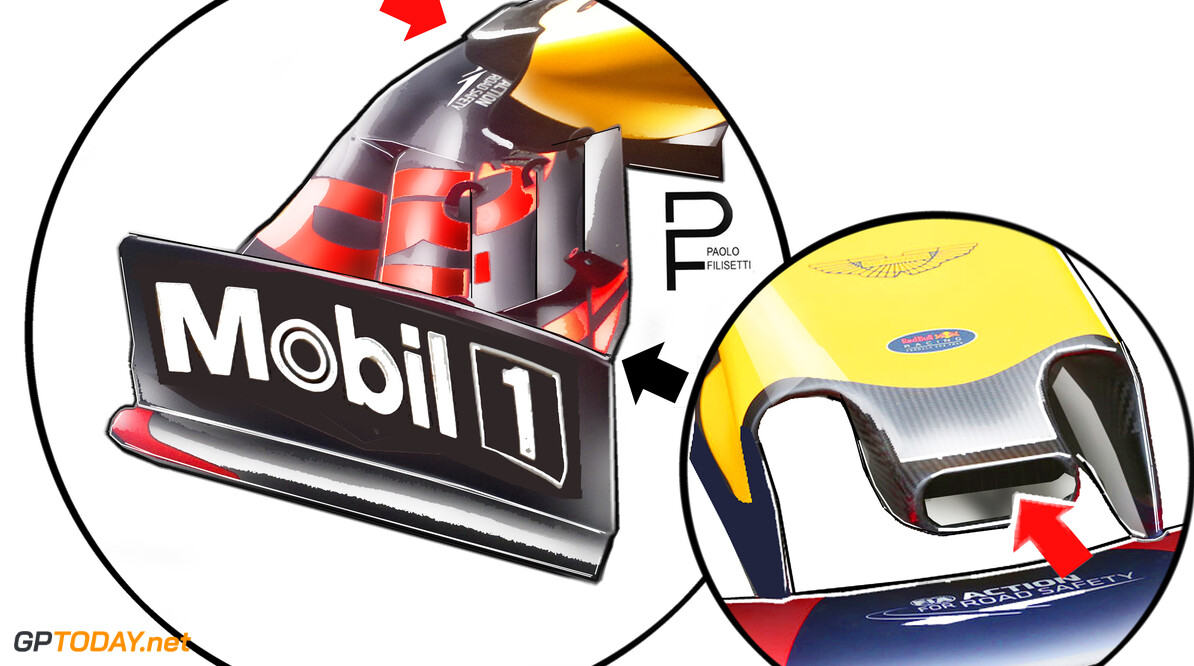