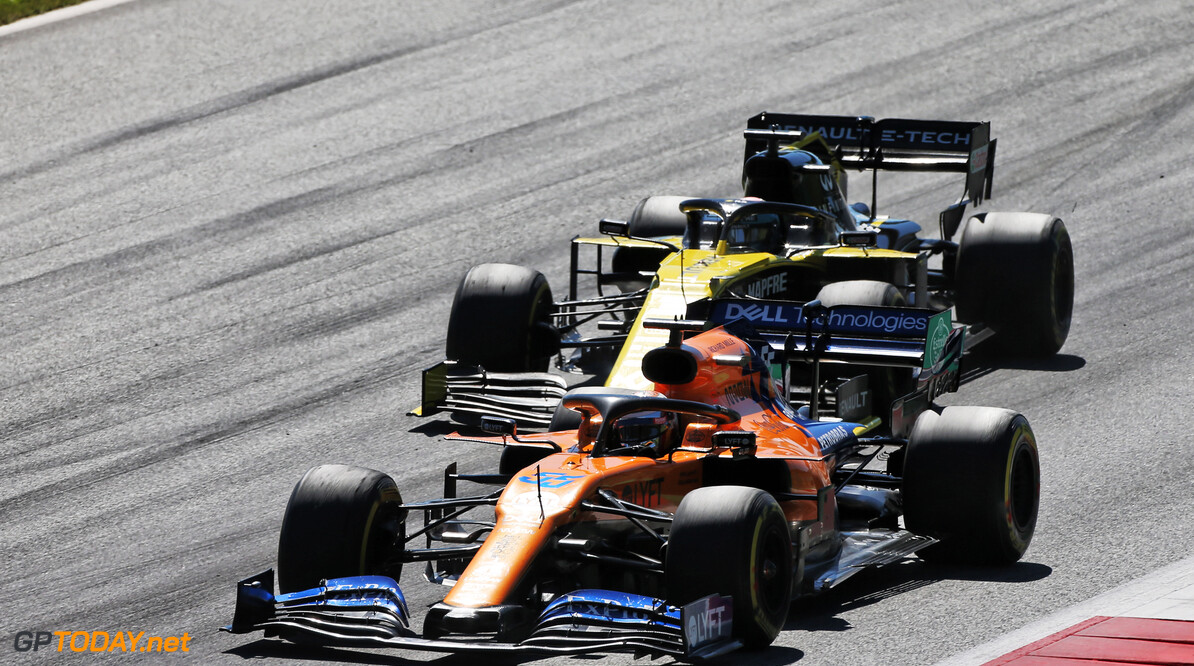 Carlos Sainz believes McLaren's current battle with Renault shows how much the Woking squad has improved since 2018.

Last year, McLaren struggled towards the back of the field, but managed to secure sixth in the standings after Force India was excluded.

While the 2018 season started somewhat positively for the team, it slipped back as the year developed, scoring just two top ten finishes after the summer break.

However it currently boasts a 20 point lead in the constructors' championship over Renault for fourth place, who ended the 2018 campaign in the 'best of the rest' fourth spot.

"With Renault, it's not to beat them this year, it's how much we've caught up with them from last year," Sainz said. "I remember at Paul Ricard [2018], Fernando was half a second to eighth-tenths off Renault.

"There will be races where Renault is ahead, races where we are ahead but to be already in a battle with them is a good step forward."

Sainz linked up with McLaren at the end of the 2018 campaign, taking part in the post-season test at Abu Dhabi after racing for Renault that season.

The Spaniard says the motivation within the team now is the same as it was at the end of 2018, despite the poor year for McLaren.

"Compared to Abu Dhabi, I would say the spirit is exactly the same," Sainz confirmed. "I found the team was immensely motivated, wanting to go forward. I didn't find the team down on morale or anything like that.

"But now in the team and at the factory, the results are coming and everyone is getting a bit more excited.

"People are more motivated and giving that extra per cent thanks to the good results coming. That's the natural effect of positivity surrounding the team."