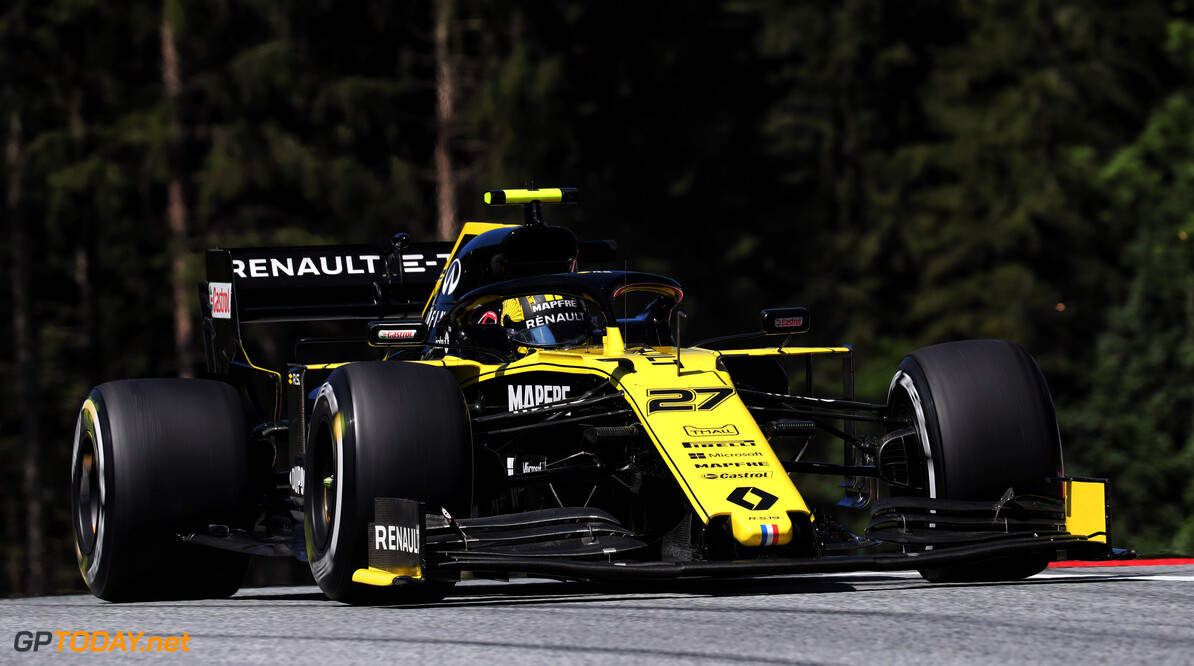 Hulkenberg in favour of Austria kerbs despite wing damage

Nico Hulkenberg is in favour of retaining the kerbs around the Red Bull Ring despite the issues they caused him and other drivers on Friday.

During FP1, Hulkenberg ran wide at the penultimate corner and ran over a kerb, which sliced off the left side of his front wing.

A number of other teams also had problems with the unforgiving kerbs, with Red Bull team principal Christian Horner claiming they cost the energy drink squad £250,000 in damages on Friday (prior to Max Verstappen's crash).

MORE: Hulkenberg: Dirty air 'as bad as it's ever been' | Renault exploring options outside Hulkenberg for 2020

But Hulkenberg believes the added challenge is good for everyone and is in favour of keeping the kerbs for the remainder of the weekend.

"It was just a mistake on my side, just running a bit too fast into the corner, running wide," the Renault driver said. "At high speed, these kerbs do a lot of damage.

"But that's the track limit. We have to stay within those limits and obey them. I made a mistake and paid the price, that's how it should be.

"The car damage from the kerbs is a bit extreme, but for this weekend, there's nothing we can do."

Aside from kerb damage, Renault's Friday was tough as it finished the second free practice session in 16th and 17th.

Hulkenberg claims the team simply lacked a strong balance and had its long-run programme compromised as it worked harder on making improvements over one lap.

"We didn't really find a good balance," he commented. "It's a short circuit, not too many corners but Spielberg has its own laws and rules. It's a tricky track, very technical.

"The main struggle was with the balance and then hard to find a good rhythm, you can see that on the timesheet.

"The red flags took some time away but today was a bit of a special day because we were lacing some low-speed performance, so we elected to do another low fuel run which compromised our high fuel running."