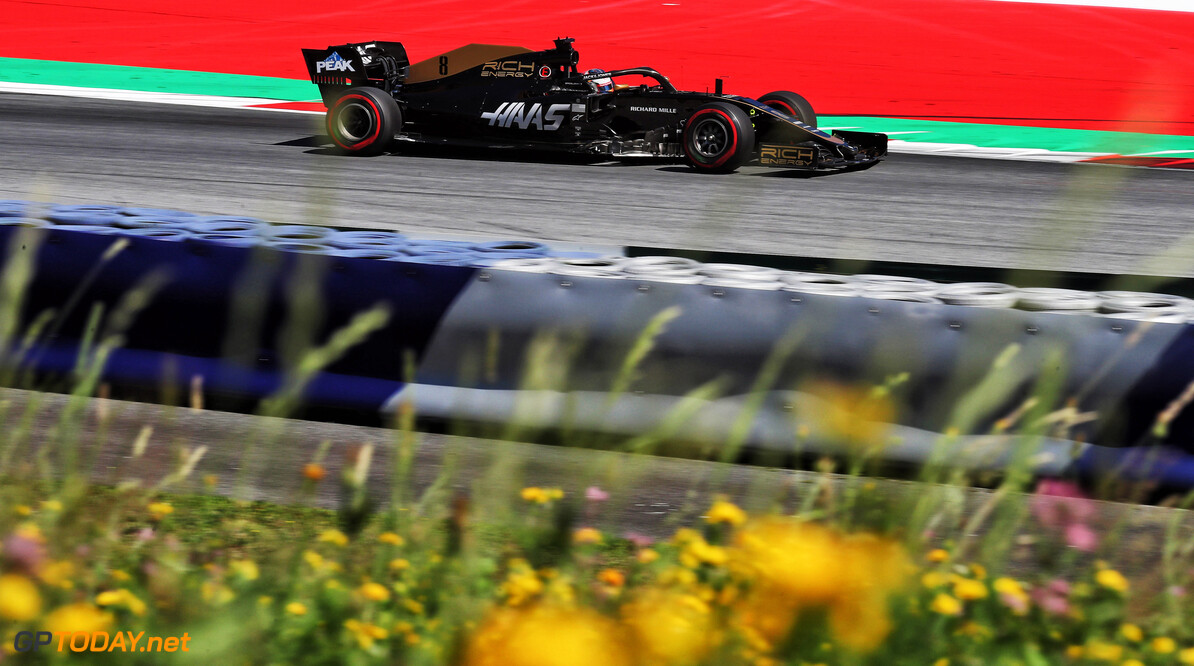 Haas confident it's in the midfield mix in Austria

Haas believes that it is more in the mix this weekend at the Austrian Grand Prix after a strong day of running on Friday.

Romain Grosjean ended the second practice session sixth on the timesheets, less than two-tenths down on the leading midfield car of Carlos Sainz.

The boost in confidence comes following a number of weekends where Haas has struggled towards the rear of the midfield with issues, especially with its long-run pace.

"It was more in line with what we want," said Grosjean. "The car felt better today. Still some places where we can improve but we're definitely more in the mix with the others which is good.

"For this weekend I think we're in a good line. For the others, let's see."

Despite the improvements, Grosjean is not expecting an easy weekend and believes tyres will play a big role in the race with track temperatures set to ramp up on Sunday.

"We need to see what we can do, see what the best strategy for the race is and choose what tyres you want to start the race on. But it won't be a straightforward one."

Kevin Magnussen mirrored his teammate's comments, saying that there are 'no alarm bells' ringing for the American outfit.

"It's very difficult, there was a lot of crashes and people didn't get out on their new tyres, it was interrupted. Let's see tomorrow, there are no alarms today and all normal."