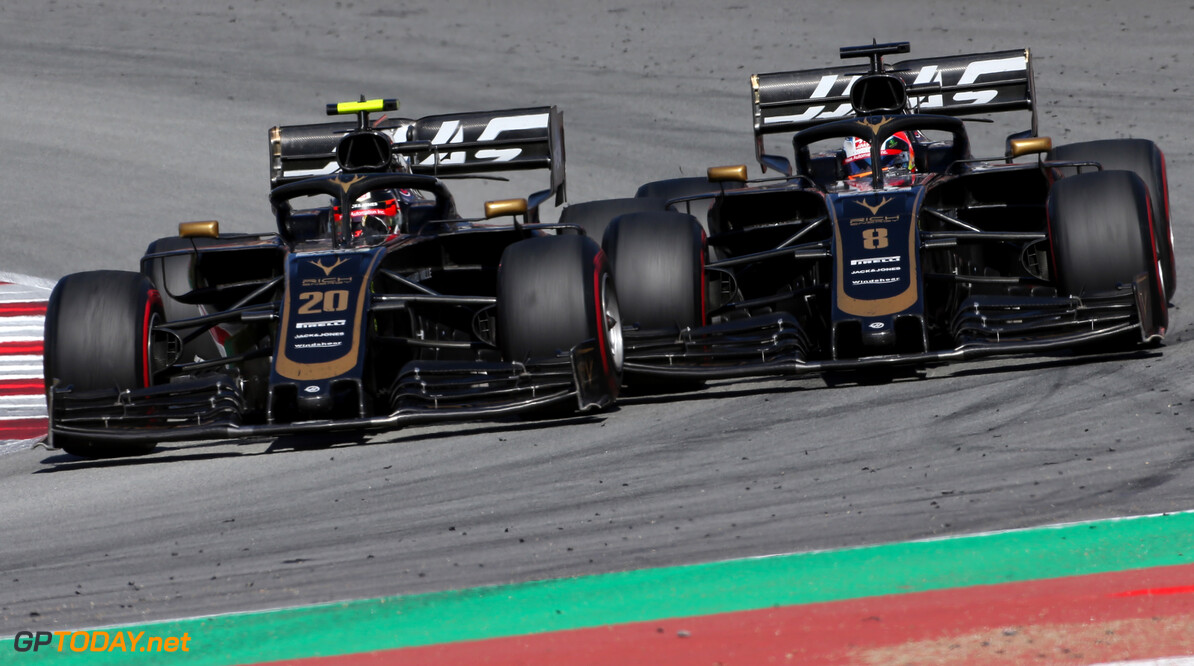 Haas team principal Guenther Steiner says that he is not thinking about the American squad's driver line-up at the moment, as he is more concentrated on fixing missed opportunities.

Haas currently finds itself eighth in the constructors' standings, slipping down the order after going three races with no points following the season opener in Australia.

The team had issues with its tyres in the early part of the season, but managed to score more top ten finishes in Spain and Monaco, before another difficult outing in Canada.

It is currently in its third season with its line-up of Kevin Magnussen and Romain Grosjean, joint with Mercedes for the longest pairing on the grid.

This time 12 months ago, major doubt lingered over the future of Grosjean after a series of poor results - but this time around, Steiner says there is "no issue" with its line-up.

"As we did last year, I said to Gene [Haas] 'I don't want to speak about drivers before the summer break'," Steiner said. "I want what he said - to get the missed opportunities right."

Steiner added that he can't blame the drivers for things that have gone wrong this year, and insists that nothing will be looked into until during the summer break in August.

"That's more important than starting to think about drivers because I can't blame the drivers for what happened this year up to now," he added.

"At the moment, we're motivating them to do the best they can and then we can think about the drivers during the summer break."