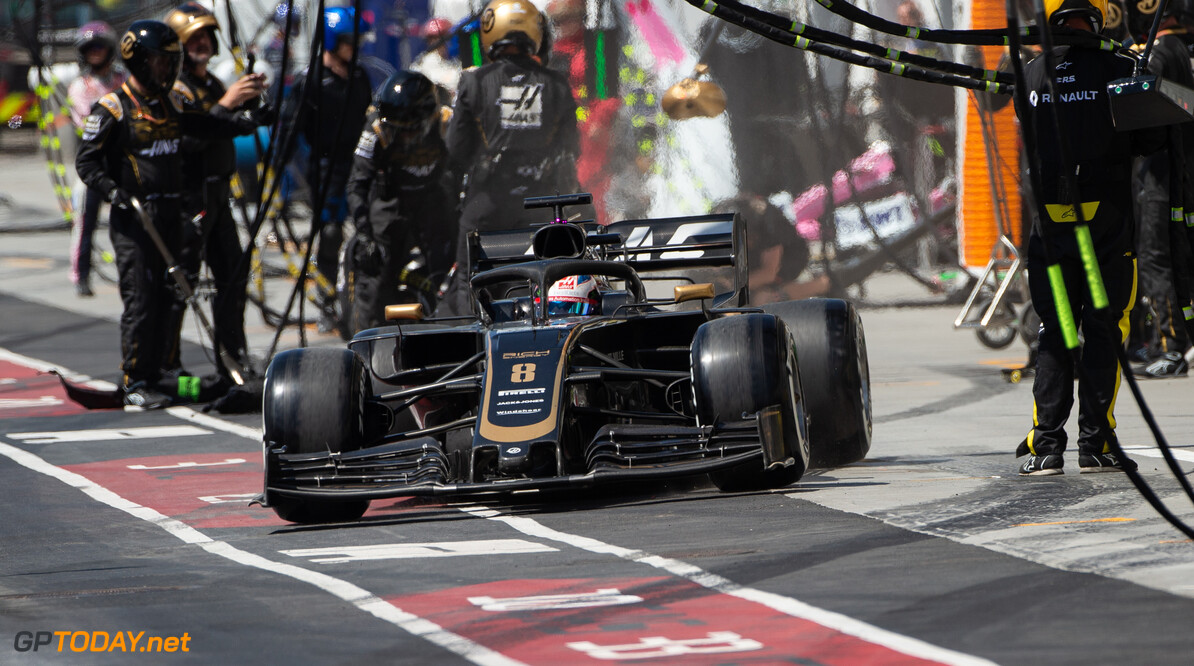 Grosjean: Refueling could improve the spectacle of F1

Haas driver Romain Grosjean says that he doesn't think F1 is physically taxing enough and that the sport should be a "man's sport" where the drivers are exhausted at the end of a race.

Grosjean is in agreement with comments by Lewis Hamilton concerning the sport and says that he was left more drained after a session of karting than after an F1 race.

"I recently ran a go-kart race with friends, 125cc with a gearshift and I was more tired than after a Formula 1 Grand Prix. Why? Because you are pushing all the time and you don't have to save fuel.

"Today, we need to save fuel. Next and most important, we have to look after the tyres all the time. In Barcelona, it felt like we were driving at 50% of the car's capacity. Therefore it is not difficult."

Grosjean would like to see races that were more like qualifying, where the drivers were pushing the cars every lap. He says that when they have to save tyres and fuel it isn't tiring for either the body or mind which doesn't help the racing.

The solution for this would require a rule change but Grosjean would like to see a return to refuelling.

"What we need are cars that we must push, and a return to refuelling so we don't have to run around with 100kg at the start but only 30-40kg. Then we would be a few seconds faster, if not more, and it would be harder."