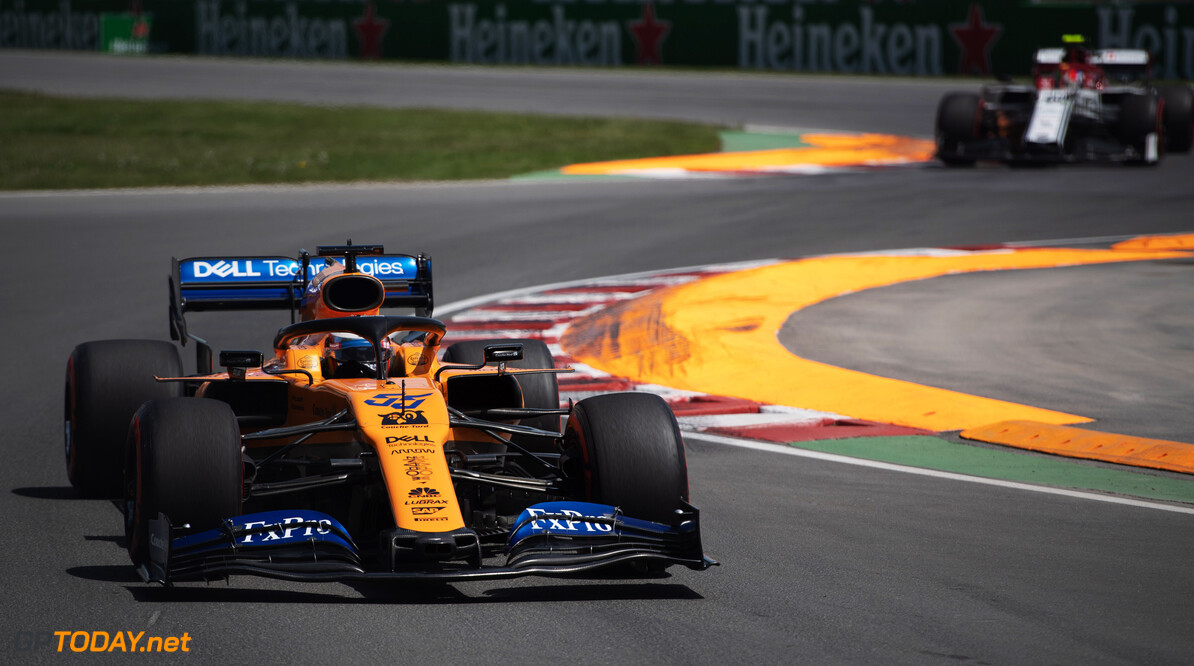 Carlos Sainz was set to score points in Montreal on Sunday before he was pipped late on by Lance Stroll and Daniil Kvyat.

The Spaniard's lack of pace at the end of the Canadian Grand Prix was a result of a blockage in his brake duct, as a visor tear-off lodged itself into the brakes of Sainz's MCL34.

Sainz made his one and only pit stop of the race on lap 3 for the hard tyres, and was running in P9 in the last few laps before being overtaken by Stroll and Kvyat.

"When you have problems like that, there's not much you can do but we pitted and try to go the end on the hard, wishing it would work," Sainz said.

"Unfortunately it didn't but we can't think about it too much because it's just racing. If there's something stuck in your brake duct, your race from there is pretty much finished.

"Kvyat was a consequence of Stroll. They were both in the DRS and once Stroll passed me, it was easy for Kvyat to go through."

The result brings an end to Sainz's consistent run of point score finishes, as he picked up his best result for McLaren last time out in Monaco, crossing the line in P6.

Sainz believes that he would have been on for a strong haul of points if not for the issues he faced with his brakes.

“We tried a mammoth stint which nearly worked because we were ninth for the whole race except for the last five laps.

“We weren’t able to show our true pace today, which I think was a solid points finish had it not been for that early pit stop.”

Sainz's teammate Lando Norris retired from the race late on with a suspension issue that is believed to be connected to brake issues he was enduring.

Norris confirmed that McLaren is not aware of what brought about the issues.