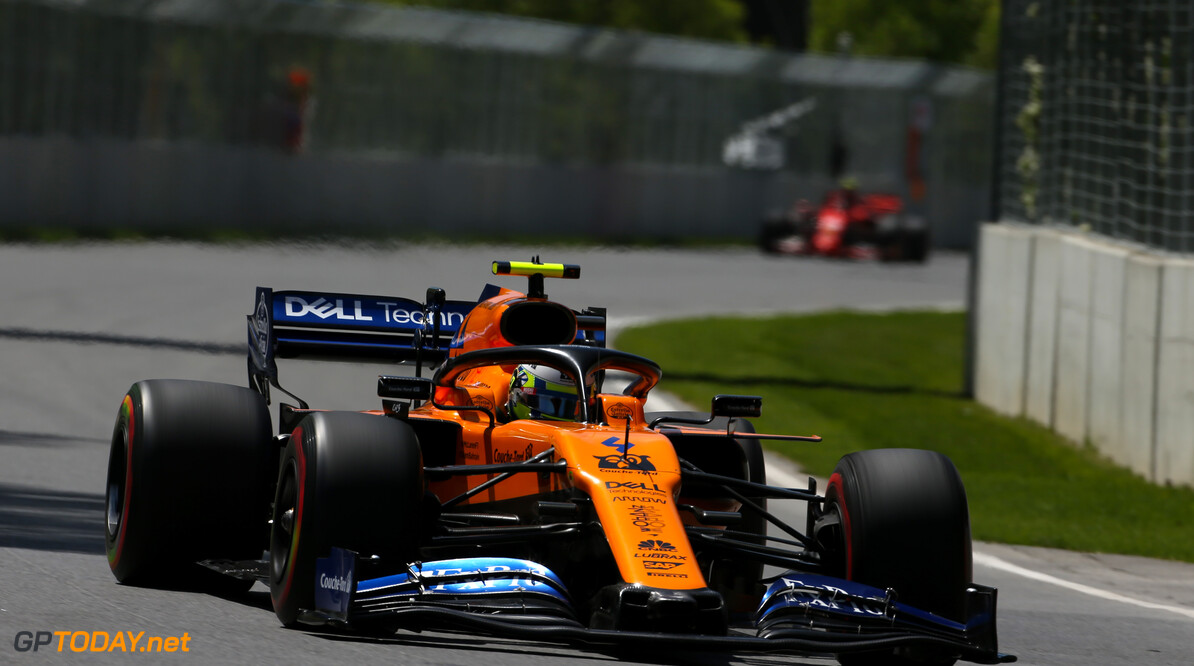 No chance of beating Renault - Norris

Lando Norris believes that there was 'no chance' that he could have beaten the Renault drivers in qualifying for the Canadian Grand Prix, as the McLaren rookie finished eight-tenths behind fourth-placed Daniel Ricciardo.

McLaren looked to be the 'best of the rest' throughout the weekend in Montreal, with the Australian admitting on Friday that they were Renault's main competition: "McLaren is the main competitor in the midfield at the moment," Ricciardo insisted

Norris said that he although he was happy with P8, he was disappointed with his overall performance over the weekend.

"It's not too bad, as P8 is a good result for us. Obviously, the surprise was Renault with their pace today, but there was no chance of me going eight-tenths quicker. They did a very good job actually."

“It’s a fun but tricky track and I gained in confidence with every lap. I was a long way off Carlos yesterday so I’m much happier today. I needed to turn things around and I was back on the pace in FP3. The Renaults were fast in quali so I couldn’t do a lot more.”

Team principal Andreas Seidl said that the team struggled to extract more performance from the car after each lap, something which has not happened previously.

“It was different to some previous quali sessions this year, as we struggled a little today to continuously extract more performance out of the cars run-by-run.

"It’s fair to say that we were on a knife-edge regarding progressing into Q3 with both cars at the end of Q2, but the red flag definitely didn’t harm us.

"I believe with our starting positions, combined with the encouraging long runs we made on Friday, we’re looking good to fight for some solid points tomorrow. We now switch our focus to preparing for the race which looks likely to be very exciting.”