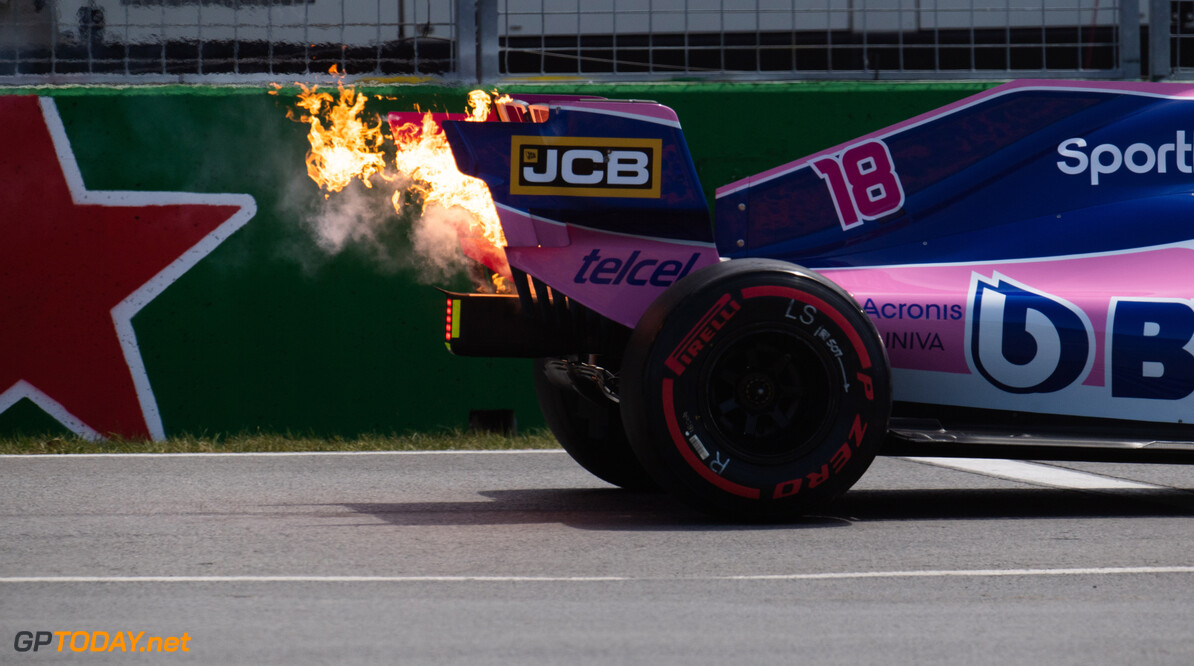 Stroll switches back to old Mercedes engine after FP3 failure

Lance Stroll has reverted back to the old spec Mercedes engine after the issues he hit during the final practice session in Canada.

Stroll ground to a halt during the session and replays showed the Racing Point car emit a major puff of smoke and some flames towards the end of the back straight.

The Canadian did not take further part in the session as the team worked on fitting the new engine.

Mercedes brought an upgraded 'Phase 2' unit to the Canadian Grand Prix weekend, which was used by the works team as well as the customer outfits.

However, Stroll has now gone back to the first specification, a hit for the 20-year-old who is looking to impress at his home event amid a poor run of qualifying results.

The engine that will be used for the remainder of the weekend has been used at the opening six rounds of the season, meaning it will have significant mileage than his rivals' engines.