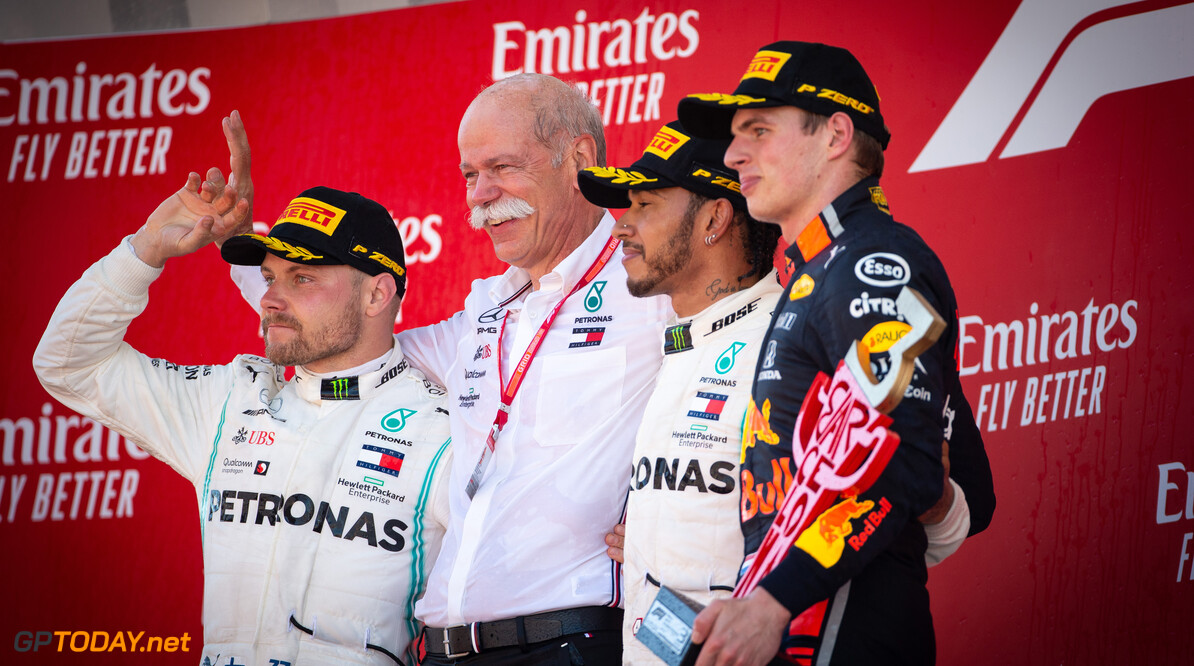 Hamilton suffered a heavy defeat in qualifying, as teammate Valtteri Bottas claimed pole position by a large margin. However, after a strong start off the line, the Briton fended off the competition heading into Turn 1 and never looked back.

Bottas arrived in Barcelona and displayed one of his best ever qualifying performances. The Finn was untouchable on Saturday, but a poor getaway off the line on Sunday cost him the chance to extend his lead in the drivers' championship. The race was lost off the line for Bottas, but he still put in a strong showing.

Verstappen continues to show F1 what he is made of. Although he has impressed with his raw speed since he arrived in F1 at the tender age of 17, Verstappen has grown from strength to strength, showing great skill and determination in all aspects of a race weekend.

Woe is Ferrari. The championship is seemingly slipping away from the Scuderia outfit, who so far has no answer to Mercedes. The car just isn't there for Vettel, who tried to make a move stick at Turn 1, which was likely to be his only shot the whole race. A flat spot after locking up compromised his strategy but got fourth

It was a difficult weekend for Leclerc, who struggled in qualifying and found himself behind Max Verstappen and not too far ahead of Pierre Gasly. Leclerc showed some pace during the race, but couldn't mix things up with his car being far off the pace of Mercedes.

It was another good step for Gasly this weekend, who is steadily gaining more confidence. Although the gap to Verstappen in qualifying was quite large, it is an improvement on recent races. For the most part, it was a quiet race, but he did show some fighting spirit and good racecraft at the safety car restart.

Magnussen was unlucky to miss out on beating Grosjean on Saturday, but drove a strong race to pick up the 'best of the rest' spot. However, one does have to question the aggressive nature when he defended against Grosjean, which ultimately cost Haas a nice collection of points.

Sainz drove to please the local fans on the final laps of the Spanish Grand Prix. points looked unlikely for the McLaren driver, but the safety car allowed him to get close and fight his way up to eighth place after a disappointing effort on Saturday.

Kvyat must be enjoying his return to F1, or certainly, he must have enjoyed his weekend in Spain. He described his Q2 lap as one of the best of his career, and delivered some star overtakes on his way to points after dropping back during the race.

Grosjean drove well for the most part all weekend and found an interesting line through Turn 2 after being pushed wide several times in the latter stages of the Grand Prix. The Frenchman was unlucky not to finish behind his teammate and was dropped to 10th in the last few laps as his rhythm was disrupted.

Albon was unlucky to not reach the final stage of qualifying in Barcelona, as he missed out by around a tenth of a second. However, when it came to the race the Anglo-Thai rookie did not show the same level of pace of his more experienced teammate, Kvyat. He just missed out on the points after being unable to get past Grosjean in the final stages of the race.

The Australian appeared to have some pace during parts of the race, and was able to battle with Carlos Sainz in the McLaren. However, after the safety car restart, he was unable to pull off any of his signature overtaking moves to challenge for points.

Hulkenberg had a very poor weekend by his standards, as a mistake in the first part of qualifying led to a brief touch with the barriers. Even though he recovered the car, too much damage had been done and the German did not have the pace to escape Q1. Then, after a pitlane start he made good progress, but was never in any position to challenge for points.

Kimi Raikkonen came away from the Spanish Grand Prix with no points to his name, which is the first time this season that the Finn has failed to score. However, you get the impression that Alfa Romeo just did not have the pace this time around, and that the Iceman extracted everything that he could from the package.

Perez was another driver that was off the pace all weekend, but again through no fault of his own. The Mexican could not replicate the result he had in Baku, but did out-perform his teammate Lance Stroll throughout the weekend.

Giovinazzi had another weekend to forget, as the Italian was half a second slower than his teammate Kimi Raikkonen in qualifying. In the race, Alfa Romeo decided pit early and go with a different strategy than the rest of the midfield. This did not pay off however, as the only overtaking manoeuvres Giovinazzi managed to pull off were on the Williams drivers.

George Russell may have suffered a crash in the final practice session on Saturday, but that did not detract from his confidence in his FW42. Although still at the back of the field, he but in a lap time which was 1.2s faster than teammate Robert Kubica. However, more importantly for Williams, he was only 0.4s away from the rest of the field.

Kubica did not have a good weekend on his return to Spain, as he was well-off the pace of his rookie teammate. He was last of the qualified runners, even after receiving a new chassis for this weekend in an attempt to fix the setup problems that he has been facing this season.

Norris was enjoying a good weekend up until the race, after he out-qualified his more experienced teammate Carlos Sainz to start from 10th. He also had a good start, but all of his work was undone when he was forced wide at turn three. After running 15th for the majority of the race he collided with the Racing Point of Lance Stroll, after trying to overtake into the first corner.

Stroll still could not break his record of nine consecutive Q1 exits, as he failed to get his Racing Point into Q2. He was also off the pace of his teammate Perez in the race, and then went on to collide with Lando Norris in what was deemed a racing incident.