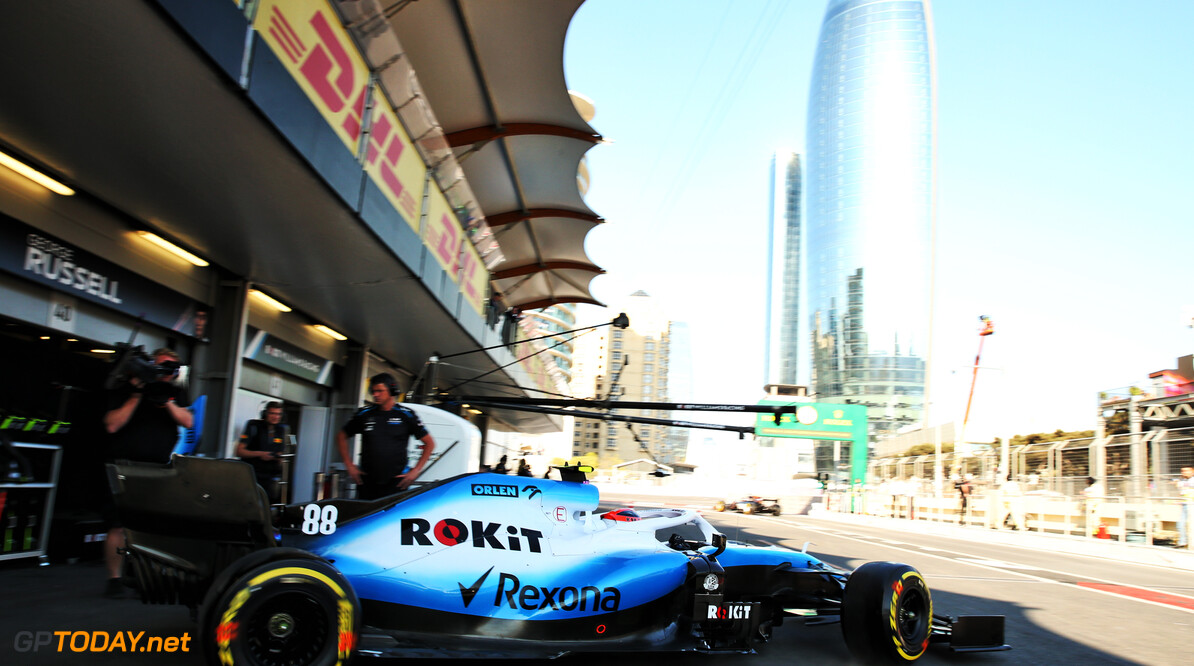 Robert Kubica will start the Azerbaijan Grand from the pit lane, Williams has confirmed.

Kubica crashed heavily during qualifying on Saturday, hitting the barriers at Turn 8 at the end of the Q1 session.

Williams says that the Pole will start from the pit lane "in order to make further set-up changes ahead of the race".

That means only 18 drivers will line up on the grid for the start of the race as Pierre Gasly will also start from the pit lane, having breached rules regarding the FIA weigh bridge on Friday.

The Grove squad has endured a difficult weekend, as during the opening practice session, George Russell ran over a loose drain cover that ripped up the underside of the car.

Kubica: I should leave more margin

Speaking after his incident on Saturday, Kubica says that he must leave more margin due to his lack of confidence in the car, admitting that he almost crashed at the same corner on a cool down lap minutes before.

"With the cooler track conditions, the warm-up was a bigger issue than in FP3," he said. "Then we had an issue which we also had yesterday, which isn't bringing a lot of confidence but I don't want to find an excuse.

"I should probably take a bit more of a margin for what was not giving me a lot of confidence, but yeah, that's how it is.

"I nearly crashed there a couple of laps earlier when I was on a slow lap. I nearly went straight into the barrier.

"This time I corrected too much and the car actually braked and turned in too well - as I say, I should take a bit more margin there and that's it."