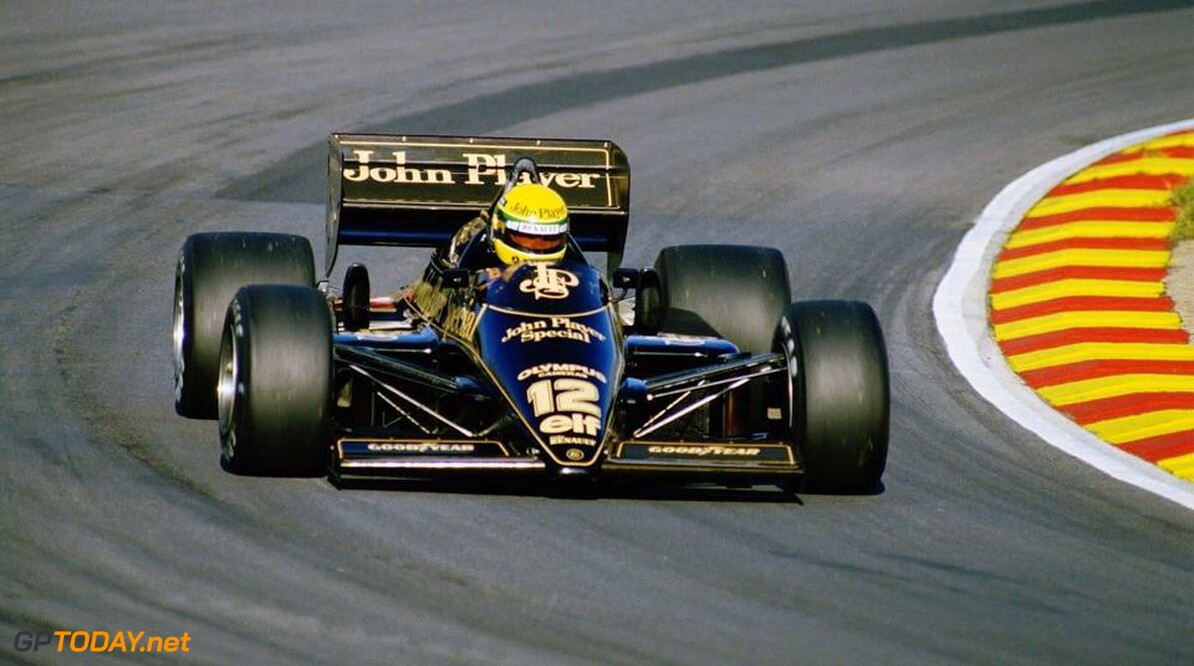 The Lotus 98T was a car designed by Gérard Ducaurouge and Martin Ogilvie. The 98T was a further development of the 97T from 1985. A total of four chassis were built of which three were for Ayrton Senna, while Johnny Dumfries got one chassis.

The differences from the 97T

The chassis of the 98T was lower than that of the 97T. This was due to a change in the rules concerning the capacity of the fuel tank.

Lotus planned to give Senna a car in 1986 that would be competitive for the championship. It gave the Brazilian a strong position in the team. Johnny Dumfries was chosen at the recommendation of Senna, at least, Ayrton did not want Derek Warwick to strengthen the team. We have reported extensively on this in our extra report entitled 'Veto'. Ayrton got the number one status in the team and it didn't really give Dumfries a chance in 1986. Dumfries had to accept a handicapped role, as he was instructed to help Ayrton.

Steve Hallam on the 98T

Senna's racing engineer Steve Hallam said: "The message we got was that the team should increase the intensity and support Ayrton, otherwise we wouldn't get the best out of him. Peter and Gérard realised that the Chapmans realised that and Renault realised that too. They quit their own factory team and have instead become our exclusive partner. We had very good support from them, but then Honda suddenly caught up."

The 98T qualified with special tyres, a different turbo, a different gearbox and an extreme version of the EF15B injection system. The amount of horsepower was increased to about 1200. With only 540 kilograms of weight, the car could only fly two laps at full power and full boost.

Hallam said: "We changed the turbos after each qualifying run, because it would get so stressed that they would be stressed after just one lap. The mechanics needed half an hour to change them, so the qualifying laps had to be at least half an hour apart. The turbos would turn red and the mechanics usually wore thick asbestos resistant gloves to loosen the nuts and bolts. The air around these mechanics was so hot that it was almost unbearable.

Renault developed a pneumatic valve system for the EF15B that made the engine lighter and smaller. It used compressed air to operate the valves mechanically instead of conventional valves. This provided reliability and speed. Despite its high cost and compliancy, it proved to have made great progress and was quickly taken on by other Formula 1 engine manufacturers. The same technology only reached MotoGP in 2002.

The EF15B also had a more advanced ignition system with coils in each of the six spark plug segments, which were managed by the car's ECU. The driver's fuel readout was updated every lap by radio signal. If the number of laps of fuel remaining on the display was greater than the number on the pit board, it was time to start racing. If it was less, the driver was saving fuel.

The smaller fuel tanks also had parts. Gérard Ducarouge was able to give the 98T a smaller, stronger carbon fibre and aluminium honeycomb frame. For its construction, he opted for an integral injection moulding approach such as Ferrari, Williams and McLaren. The cockpit height was reduced behind the driver and the space created by the smaller fuel tank was an ideal location to install the 'black box'.