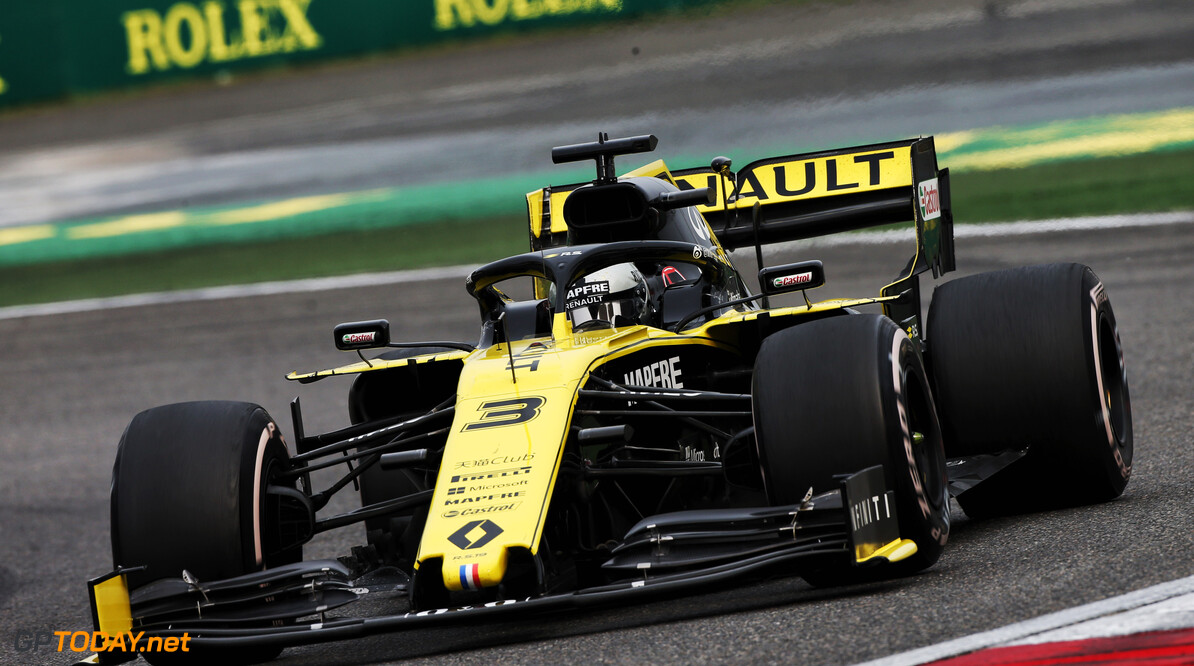 Ricciardo confident Renault can stay in front of the midfield

Daniel Ricciardo says that Renault's pace during the Chinese Grand Prix shows that it can be at the front of the midfield if it gets a clean weekend together.

The Australian qualified and finished the race in seventh place, claiming the 'best of the rest' position behind the top three teams.

Ricciardo picked up his first points of the year after two difficult weekends in Australia and Bahrain, which saw him retire.

Speaking about his race, the former Red Bull driver admits that he was surprised by the pace of Sergio Perez in the Racing Point, but says it is an encouraging weekend for the Renault team.

"I was a bit surprised by Perez’s pace in the race,” he said. “Ideally we want to stretch the gap to the others but he had a really strong one.

“So I think there’s still certainly some areas we can improve. But generally speaking, if we put the weekend together we should be at the front of that group.”

Ricciardo managed to get to the end of the race making just one pit stop, a strategy that wasn't working well in Bahrain before he retired with a power unit issue.

“Considering Bahrain, we tried it, it didn’t work out for us," Ricciardo reflected. "I’m happy that we made it work today.

“It wasn’t easy. Perez was actually really quick, he pushed me the whole race. I was trying to manage the gap for a moment but then he was coming so I just had to go.

“Towards the end, it was getting a bit tricky but I think he was also suffering so it didn’t make it too tense the in last few laps, which was good.”