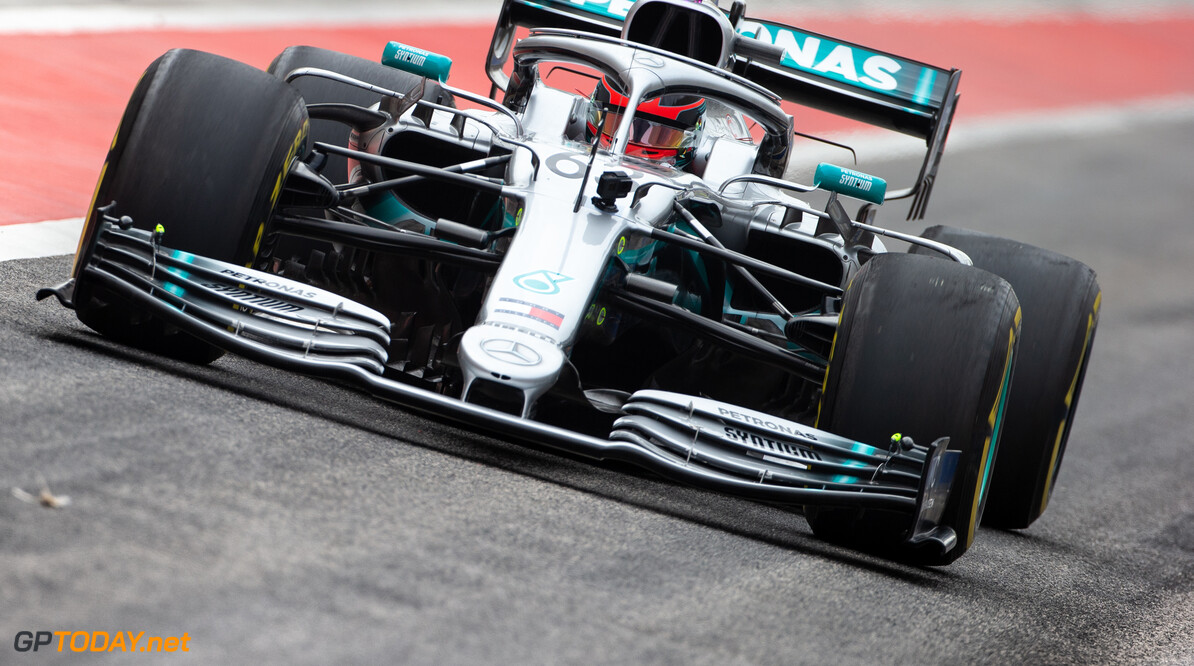 George Russell has ended the second and final day of Bahrain in-season testing on top of the timesheets.

The Briton, who drove the Mercedes W10 crossed the in the dying minutes to lay down a 1:29.029, which was almost three seconds quicker than his qualifying lap last Saturday.

Sergio Perez was second, climbing into the Racing Point after Lance Stroll drove the morning session.

Sebastian Vettel was third, and held the lead at the top of the timesheets for much of the day in the Ferrari. Carlos Sainz, who tested for both McLaren and Pirelli, was fourth.

Daniil Kvyat, who once again tested for Pirelli was fifth, ahead of Schumacher in the Alfa Romeo. Having driven the Ferrari on Tuesday, the German got his eye in at another team, offering him some valuable experience.

There was another handful of drivers receiving some F1 experience, as Dan Ticktum tested for Red Bull, ending the day ninth fastest.

Jack Aitken and Nicholas Latifi tested or Renault and Williams respectively, setting over 100 laps each.

Fernando Alonso was also back in action for McLaren, driving 69 laps in the afternoon session for Pirelli.