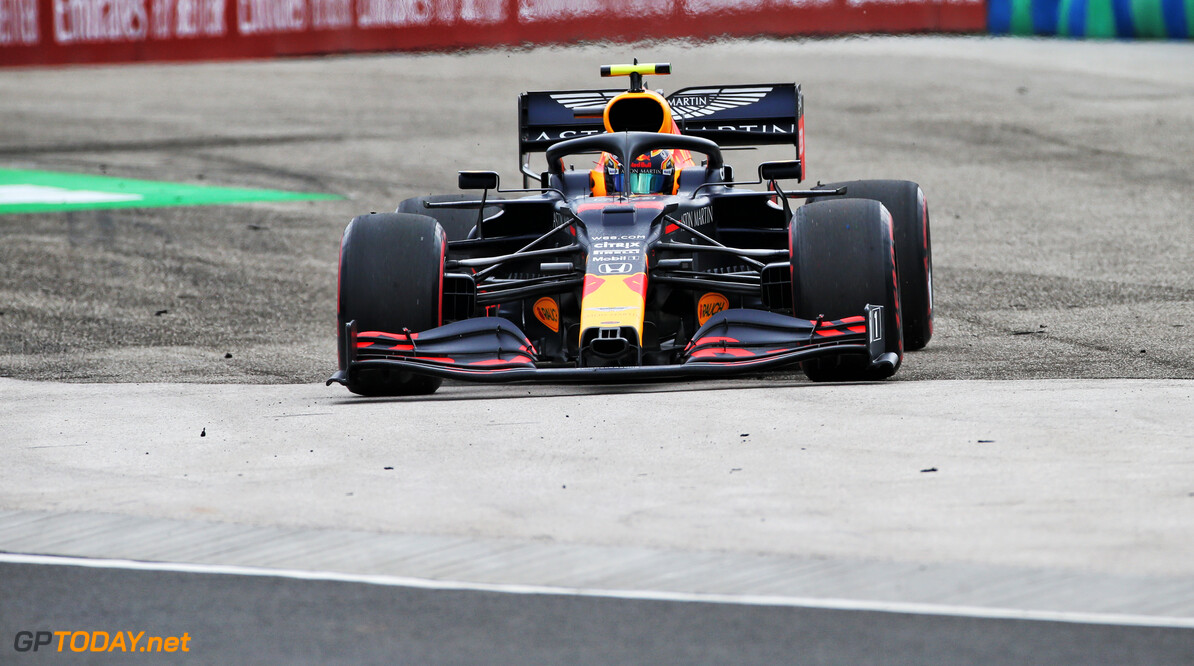 George Russell has defended Alexander Albon after the Thai-British driver's disappointing qualifying result at the Hungaroring, insisting Red Bull is making him “look like an idiot”.

Albon has struggled throughout the grand prix weekend in Hungary and failed to progress into Q3 on Saturday, ending up behind Russell in P13.

The second Red Bull car driven by Max Verstappen was in the top ten, but was only seventh fastest, behind Mercedes, Racing Point and Ferrari.

Russell says that he has raced alongside Albon long enough to understand his talent and abilities, and says the current struggles do not reflect 24-year-old's skills.

“I mean, I've known Alex for the last 15 years, been in the same paddock as him,” Russell told Sky F1 after qualifying.

"He's one of the best drivers we all race. Max, Charles, all of us will say it - he's always been at the front of everything he's done.

“And I don't know what the hell is going on.  I feel really, really bad for him because he's being made to look like an idiot and he's absolutely not.

“He's won in everything he’s done. So I don't know what's going on but they need to sort out for him.”

Speaking after the session, Albon said he was pleased with the feeling of the car after the final practice session on Saturday morning before struggling throughout qualifying.

“It was a bit of everything,” he said of his struggles. “Obviously I didn't do a great lap as well.

“We had another lap to fix it... just a few things to be honest. I need to sit with the team and discuss it and just be prepared for next time.

“I was [happier with the car] in FP3, but not so much in qualifying. Just need to figure it out a bit better. Not much to say.”

Albon scored a fourth-place result at the Styrian Grand Prix last weekend, following on from his retirement at the season-opening Austrian Grand Prix.