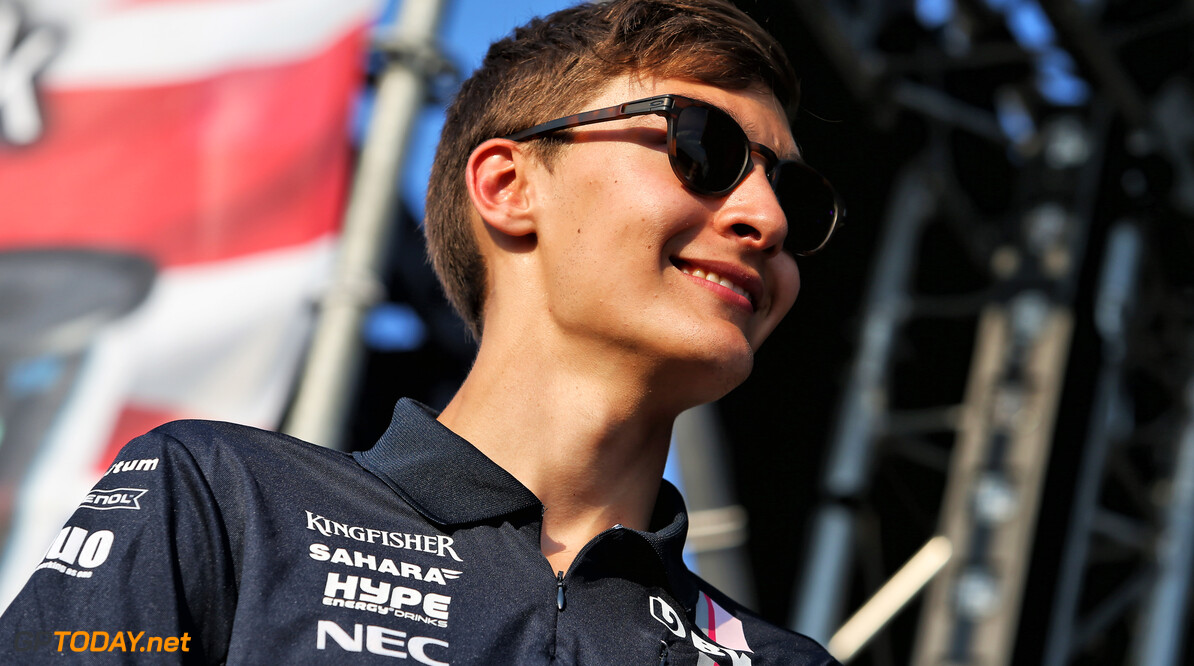 Ahead of the race weekend, the FIA announced that Perez had tested positive for coronavirus, ruling the Mexican out of the upcoming F1 round and leaving Racing Point scrambling for a replacement.

Russell, who currently drives for Williams, was highlighted by some as an option. Russell made his free practice debut with the Silverstone-based team in 2017 and drove for it at an in-season Barcelona test in 2018.

However, Szafnauer affirms that Russell was never in the frame, with Nico Hulkenberg called upon to take over driving duties for the weekend.

MORE: Hulkenberg has 'more time in the bag' after first day with Racing Point

Speaking on Friday at Silverstone, Szafnauer said: “We ran George Russell before, we’ve tested him, he’s a very talented young man but he is contracted to Williams so we didn’t consider George.”

Szafnauer says Racing Point looked at eligible drivers who are not under contract, as well as Mercedes' reserve drivers Stoffel Vandoorne and Esteban Gutierrez.

However, has Vandoorne is currently in Berlin ahead of the Formula E season finale, the choice came down to either Hulkenberg or Gutierrez.

“We considered drivers who aren’t currently under contract with Formula 1 teams as well as the Mercedes reserves as we share them,” Szafnauer commented.

“And as for having our own, maybe after these two races or so perhaps Nico will want to become our reserve. I’ll have to ask him.”

Szafnauer has confirmed that if needed, Hulkenberg will remain with the team for next weekend's 70th Anniversary Grand Prix at Silverstone.

Now in isolation in an apartment near the circuit, Perez says testing positive was one of the saddest days of his career.

Szafnauer says that the Mexican driver appears to be in good spirits and is showing no symptoms of the virus.

“I haven’t spoken to him today but yesterday, he’s asymptomatic, he was surprised that he tested positive, he couldn’t believe it, he said ‘there’s no way, there’s no symptoms, I feel completely fine.’

“He travelled privately so he thought he took ample precautions, didn’t get on a commercial flight in between races so he was surprised.

“He’s OK, we’re going to check on him daily, send a doctor to him. He’s quarantining now, we just have to make sure the virus gets out of his system and he comes back racing.”