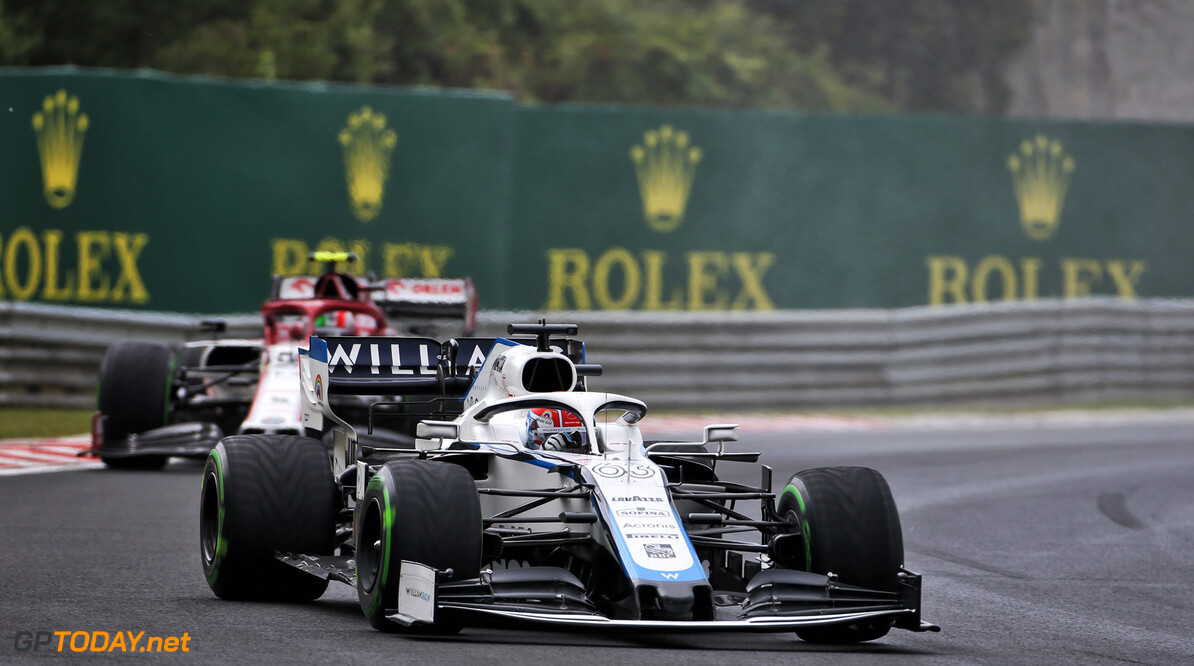 For the second weekend in a row, Russell progressed out of Q1 and was joined in Q2 in Budapest by teammate Nicholas Latifi.

However, the Grove-based squad's hopes of points faded after it became apparent it didn't possess the pace on Sunday to keep up with its rivals.

Russell crossed the line in 18th, ahead of Latifi who suffered a puncture early on in the race, which contributed to heavy floor damage as he made his way back to the pits.

Russell says his race was compromised right from the get-go, as those around him made a better start on the run into Turn 1.

“It seemed like everyone on the right-hand side of the grid made terrible starts,” Russell said. “I felt like I made an average start compared to the guys ahead of me, but then everyone on the left shot past me.

“From then on in, our race pace was really poor. We need to understand what's going on because last year, it was the opposite, the race pace was better than the quali pace.

“Now we're pretty fast on a Saturday and struggle a lot on a Sunday. We've got some analysing to do.”

However, Russell still pointed out that there were positives to take from the weekend, considering Williams didn't come close to progressing out of Q1 throughout the 2019 season.

“If we look at everything and see the steps we've made, especially on the Saturdays, we've got to be relatively pleased and [there's] plenty of positives,” he said.

“But we just need to rectify the negatives and make the pace of the car a bit better across the board.”