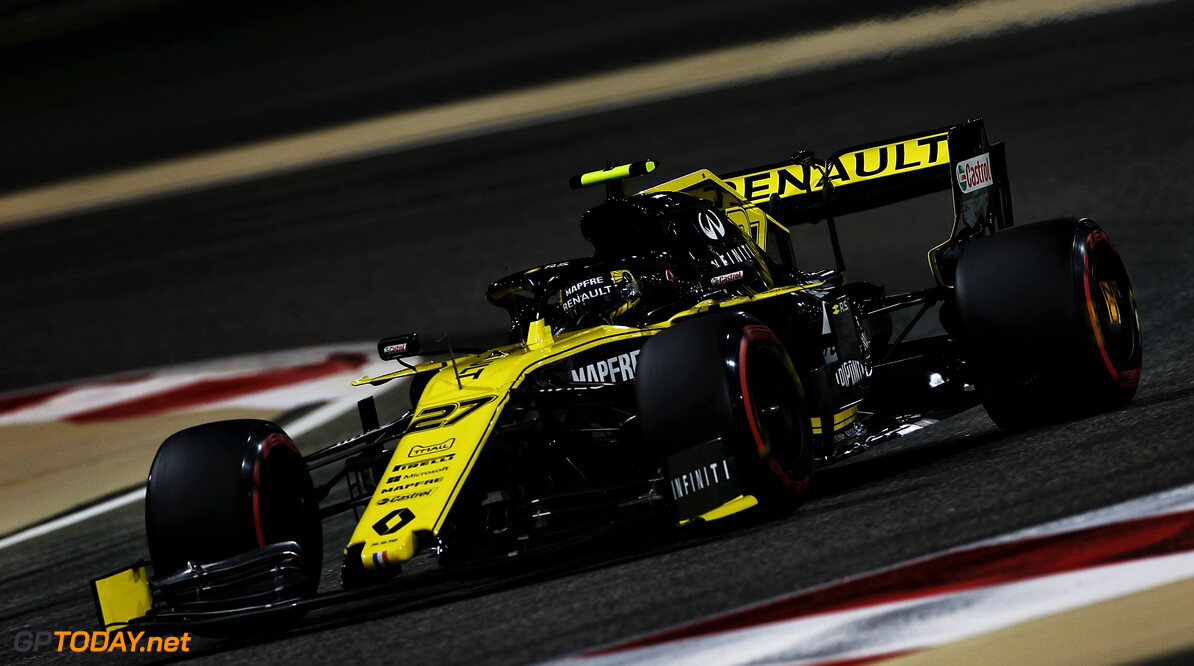 Nico Hulkenberg says he was prevented in advancing from the first stage of qualifying due to his engine going into "safe mode".

The German was eliminated from Q1 and will line-up in 17th place, ahead of Lance Stroll and the two Williams'.

Hulkenberg said that the problem “was pretty severe" and "cost us a big chunk of lap time".

The Renault driver added that it is difficult to predict what could have happened if he had no issues, but believes that qualifying within the top ten was on the cards.

“I think it’s always difficult [to say] ‘afterwards’, ‘in theory’ and ‘what could have, what if’,” he said. “But I felt that top 10 was definitely on the table this week.

“As you saw things are very, very tight around there and it depends how well you hit every lap. But definitely, I think a top 10 position was there.”

Hulkenberg picked up points in Melbourne two weeks ago despite not starting from inside the top ten, and he is hoping to replicate the result in Bahrain.

"We need to understand and fix these problems so they don’t happen again. I’ve felt good in the car all weekend, so it’s a shame to miss out on a top ten grid slot for the race.

“Hopefully we can make something out of tomorrow, it’s going to be tough from so far back, but we’ll be giving it our best.

“I’m still learning to master this car, but I’m getting there each time I step into it,” he said. “We have a free choice of tyres for tomorrow’s race, which gives us some things to assess overnight on strategy.

“I’ll be aiming to get the most out of it, and taking a handful of points is certainly a possibility."