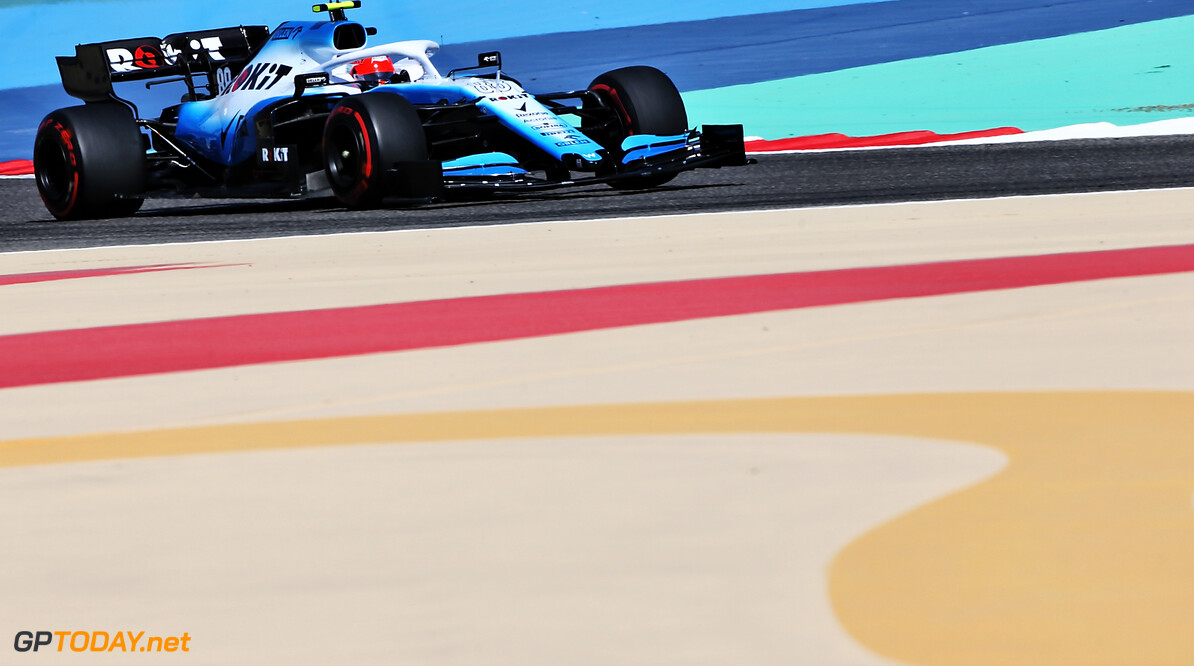 Williams' Robert Kubica feels he is driving a "completely different" car to teammate George Russell after finishing a second down on his rookie teammate in today's second practice in Bahrain. Unlike Melbourne, both drivers ran identical setups in the practice session.

Kubica cannot understand why there is such a difference in the timesheets, and believes that the data is showing the two cars as having different aerodynamic characteristics to each other.

He also ruled out any damage that the car could've sustained, as in Melbourne, Kubica suffered from floor damage.

"At least we understood that in Australia I ran a different set-up than George and we could clearly see the different characteristics in the cars," Kubica said. "Here we started with the same set-up and the characteristic is still different."

Kubica explained that due to the ongoing problems with a shortage of parts within the team that the floor would not be fully repaired in time for the race in Bahrain, and noted also that the overall car behaviour was making things very difficult when pushing the car on the limit.

"It's looking strange, to be honest, and it's putting me in a very difficult position to drive the car," Kubica added. "Additionally, if I try to follow it up with some balance shift I have to reduce the grip a lot and the potential of the car.

"Neither way is good. I make it more drivable, I am slow. I make it, let's say, as it should be and it's undrivable.