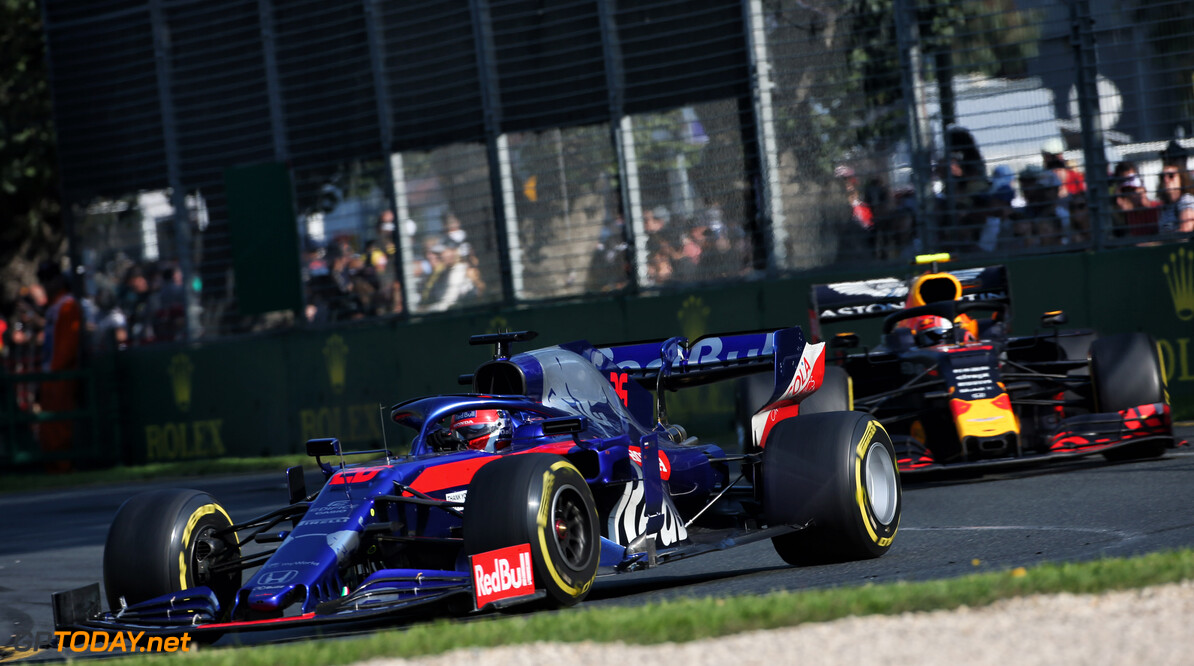 Kvyat satisfied after 'difficult' fight for a point

Daniil Kvyat says that his fight for tenth place at the Australian Grand Prix was one of his most difficult battles.

The Russian started the race well outside the top ten but managed to climb up into the points. In the later stages, he held off Red Bull's Pierre Gasly, who was attempting to recover after being knocked out of Q1.

The race marked Kvyat's first since the US Grand Prix of 2017, where he also secured a point. The 24-year-old says he is satisfied with the result, and is encouraged by the pace shown by Toro Rosso.

“It wasn’t an easy one - one of the most difficult points earned I would say - but very satisfying at the same time because we kept a quicker car behind us the whole race,” Kvyat said.

“It’s very encouraging for us as a team. We were catching a lot the teams ahead of us too. I think many positives [to take] from this race.

“My race was just battling a lot from Lap 1 until Lap 58. I was constantly battling someone in front or behind, defending.

"It was a very demanding race, but like I said, it happened a bit of everything today. Nothing can scare me any more really.”

Kvyat added that he "pushed like an animal", but feared he blew his race after sliding into the gravel at Turn 3 while trying to overtake Lance Stroll.

“It was a late move, I was coming very fast. I tried, locked the inside front wheel, and it was very frustrating,” Kvyat admitted.

“I thought what if the race is lost, but then they told me I still have a bit of a gap behind. It was hard to stay cool, but then I pushed like an animal the next few laps and I was on his back again in eight or nine laps.

“It was very impressive to be honest. It was a good, satisfying race.”