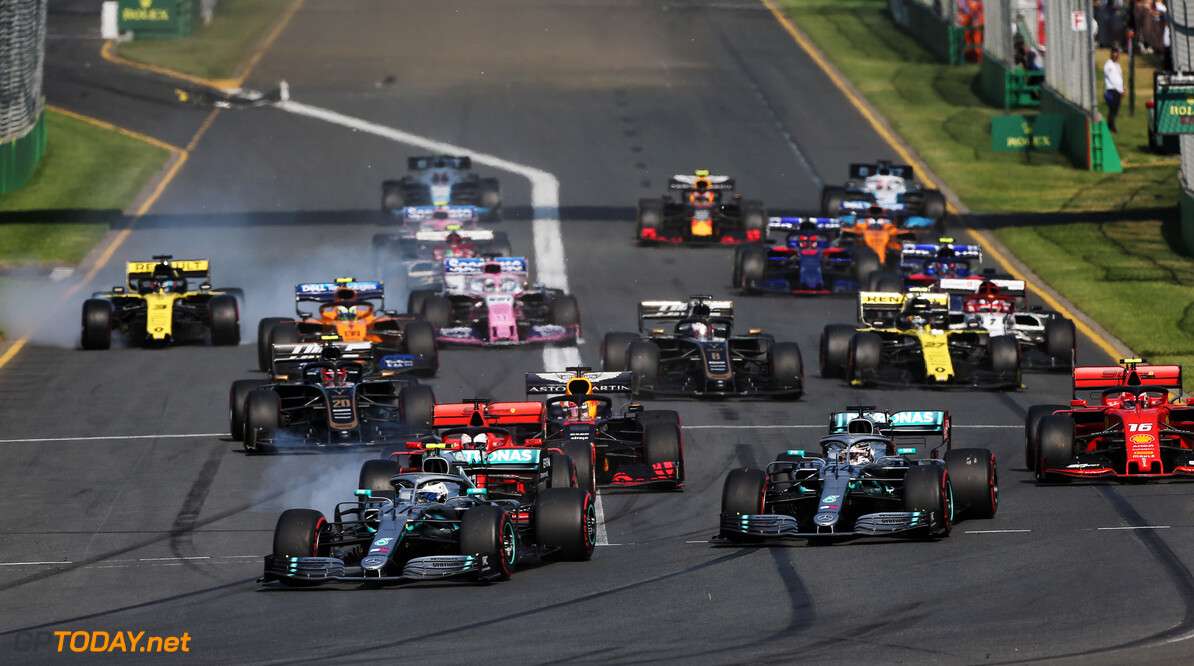 The local favourite in Melbourne lost his front wing on the run down into Turn 1 after running over the gutter while running side-by-side with Sergio Perez's Racing Point.

Ricciardo pitted at the end of the first lap for a new front wing, but was soon a lap down. After the midway point, Renault opted to retire the 29-year-old from the race.

"I just put two wheels in [the grass], and then there's a massive gutter ditch there which I don't feel is probably on many other places,” Ricciardo said.

“Sergio's start wasn't great. I had a bit of a run. He made like a little flinch, but when it happens that quick, you see him move, I moved, and then he straightens up, and the next thing I’m on the grass.

“You never know how much he's going to move. Because he was still in front at the time, you just kind of follow his initial reaction, and that second one, I just put my wheel on the grass.

“When I touched the grass, I wasn't actually too concerned. I thought I would just drive through it. I felt like I probably still had enough momentum to stay alongside him. But then that ditch was there, and that was it.”

Ricciardo says that he is physically and mentally drained following the long week building up to the race, as he attempted to please everyone.

“I’m just drained, just trying to please everyone this week and I don't look after myself. I'll change it for next year,” he said. “I feel like it’s hard to get things going well here and I also feel like that I was pretty unlucky.

“It's tough. This week is a tough one because we're always pushing uphill, and you can never do enough, but I feel we did more than enough. I don't know. I don't want to blame that, but I feel flat for more reasons than one.”