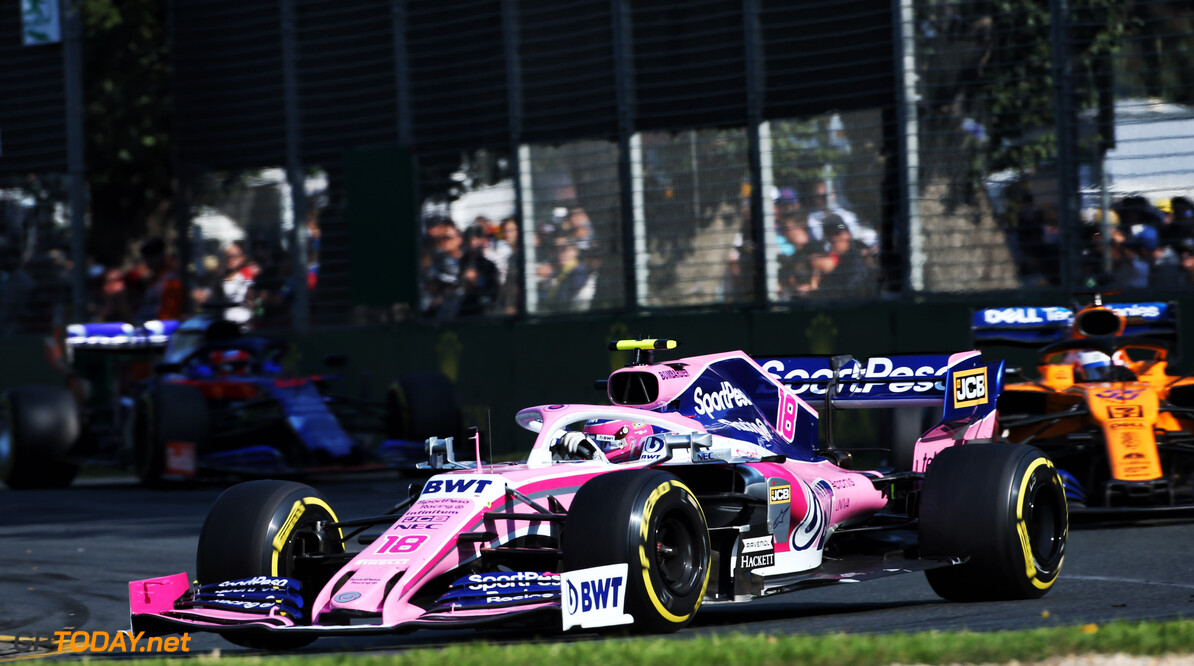 Lance Stroll says he had fun during his first race for Racing Point, as he collected two points for his new team.

The Canadian had a tough qualifying session on Saturday, dropping out in Q1 after he was held up by the Haas of Romain Grosjean.

Stroll was suffering from a sore back after the race, revealing that he is still adjusting to his seat, but the 20-year-old hailed his own efforts, admitting that he had fun along the way.

"It was a great drive, a great race," he said. "I had a good start and managed to pick up a few points. We had great pace throughout the whole race so I'm really happy with it.

"It was tight, there wasn't a lap where I wasn't pressuring someone ahead or I wasn't being pressured. It was a race from start to finish and I hope we see more of that this season. It's exciting for the fans, we want to see wheel-to-wheel racing."

This year, a number of new regulations have been introduced to combat the difficulty of following a car ahead. Stroll indicated that the changes have had a positive effect.

"It looks like the racing could be a bit closer, the aerodynamics seems to be working a little bit better behind cars, so that could make it exciting," Stroll said.

"It was all about managing the tyres at a certain part of the race and then pushing on when we wanted to hold position or attack the cars in front, which made it very challenging.

"At one point Kvyat went down the inside, he went deep and I had to avoid him on the exit, so it was really tight. It was proper wheel-to-wheel racing and a lot of fun."